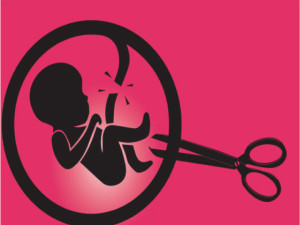 An Islamic seminary in India has passed a fatwa banning of the selective abortion of female foetuses, citing a drop in the ratio of girls to boys among the country’s Muslim community.

“We have issued a ‘fatwa’ (death sentence) against aborting a female foetus due to its sex because that is unlawful according to Islam. Girl is also a boon from Allah which Islam asks to value,” the statement said.

Recent data from the national census report has shown that sex ratio number of females per 1,000 males has dropped even among Muslims spokesman for the Darul Uloom seminary, Maulana Usmani said.

Usmani said that was the first fatwa against sex-selective abortions.

He appealed to Muslims to refrain from any act that discriminates against the girl child.

The seminary in Uttar Pradesh state is considered among the most influential schools for Islamic law in Asia and has adherents from all over Afghanistan, Pakistan and South-East Asia.

“The selective abortion of a female foetus is haram, or forbidden,” the fatwa said.

“During ignorance era, people used to bury their daughters alive which the Holy Quran condemned severely. Islam orders us to treat our daughters well,” Usmani continued.

Report says that the selective abortion of females is widespread in India, despite laws prohibiting even the determination of sex of a foetus.

Related Topics:AbortionIndiaSelective Female Abortion
Up Next

“The president did not go to London for treatment” – Femi Adesina