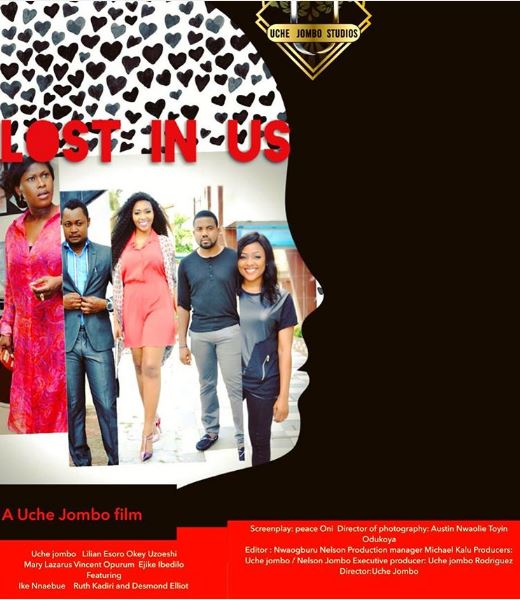 Nollywood actress Uche Jombo is making her directorial debut with a new movie “Lost In Us” from Uche Jombo Studios.

Filming for the movie began in 2015 and now the movie trailer is out.

The movie follows the story of a young man with erotomania (a delusion in which a person believes that another person, typically of higher social status, is in love with them) and an actress, who he believes is in love with him.