Veteran actress Clarion Chukwurah got married back in April to Anthony Boyd in a small and intimate outdoors ceremony.

The actress has started her journey to be baptized and join the evangelical ministry of Jehovah’s Witnesses. 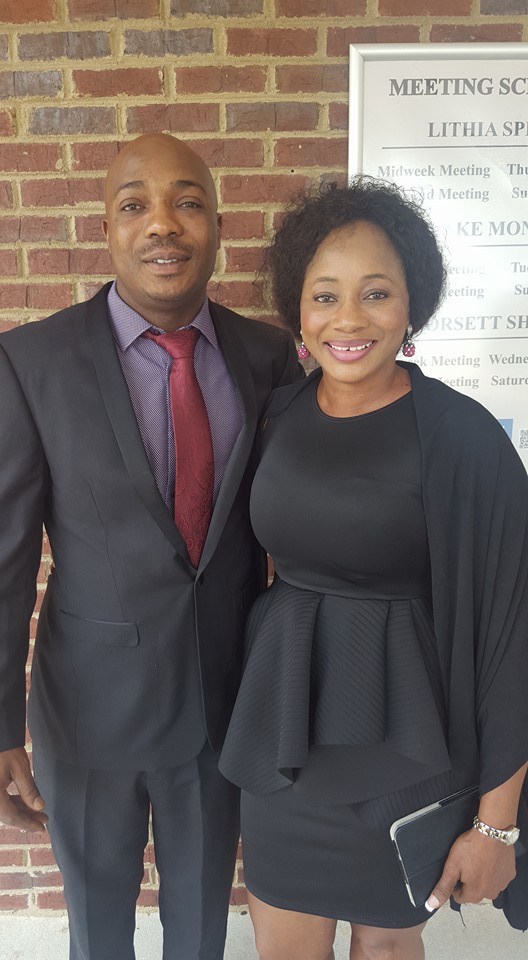 She shared a photo of herself and her husband on her Facebook page after their meeting in their church and captioned it “An Instructive Meeting Sunday at the Kingdom Hall towards Baptism and Evangelization Ministry as Jehovah’s Witnesses.”

Jehovah’s Witnesses are best known for their door-to-door preaching, distributing literature such as The Watchtower and Awake!, and refusing military service and blood transfusions. They reject “Trinitarianism”, immortality of the soul, and hell-fire, which they consider to be unscriptural doctrines.

They also do not observe Christmas, Easter, birthdays or other holidays and customs they consider to have pagan origins incompatible with Christianity.

Kobe Bryant & his Wife are Expecting Baby No 3

TV Personality, Actress & also a Model? “On The Real” Star Nancy Isime is a Triple Threat