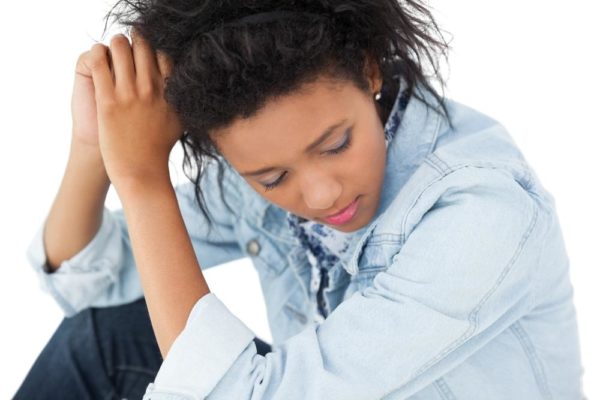 I never thought that I’ll write to Bellanaija but here I am. I would like to remain anonymous. I’m a female by the way and I’m 17. I’m sending this through my phone and it might end up being long but I need to vent. I’ll try to make it as short as I can though. It’s basically a list of things I need to talk about and I need advice on, because I don’t know what to do.

In no particular order:

— Boys/Girls/Friends
I know I’m beautiful and I have guys asking me out but I just can’t trust them and after just getting out of a four year relationship I don’t want to date right now. Not until I feel ready for marriage so that’s not the problem. Most of my friends are guys. Mostly those that asked me for a relationship and I said no and sometimes I just feel wrong. I want female friends too. I used to have a friend in sec school who was like a sister to me but after an argument we had, I just felt like she didn’t know me or trust me much so things became awkward. We talk sometimes but it felt forced. I just want to have a female friend that I feel like I can actually connect to.

—I’m shy
I think it’s more than shyness. When I checked Google it said was social anxiety. Let me give a scenario. I was the best English student in my class then and we had to do a debate. One at a time. In front of the class. It was just my classmates and I knew what to say. I had it written down already. But then I stood in front of the class and I couldn’t get past the intro. At times it’s when I’m in church and it’s the praise session and I want to dance for God but I just can’t. I dread the time when we have to give offering because it involves walking to the front of the church. I feel like I’m not normal. People are shy but is it ever this bad?

—PCOS
I don’t want to explain that cause it would be too long. It’s basically that I’m hairy. Too hairy for a girl. I’m beautiful yes but looking at myself in the mirror is difficult. I have hairy legs and arms too. I also have dark upper lip hair. Not a mustache just darker than it should be. I don’t know what to do about it. I feel like if I cut it it would get worse and I can’t seem to find anything that actually healthy please help.

—I’m not going to school
I graduated in 2014.I was 15 then. I was even awarded then but now it’s like nothing is working. It feels awful to have to keep trying and it doesn’t seem to be working. I am a science student. Always in the top five and now I even have to see students I passed that are now in school. It’s my biggest problem right now. Having to stay at home now. Everyday. I’m practically the maid. I have to clean, cook, wash, everything. Because my younger ones have to go to school of course and you know the worst part of all this I’m go through? It’s my mother. Having to hear over and over again how disappointed she is, getting asked why I just stand there when everyone is dancing, why I can’t be more like my peers. It’s difficult. It doesn’t stop. So these days I just avoid her. Even if it’s time to eat. I give them food and make myself scarce. You might be wondering about my dad. He isn’t the best but I love him anyways because most times I feel like he’s the only one that’s still believing.. I think I might just go crazy if it doesn’t work out again this year.

—I feel inadequate
I had to write an exam last year I think. There were over a thousand other girls there and when I looked at their legs-the ones wearing skirts that is – I saw that I was the only one with hairy legs. I felt so abnormal. Anytime a guy gets attracted to me and tries to talk to me I always tell them I’m hairy cause I feel like most don’t like it but when they do I usually feel like they’re weird or abnormal. I don’t hate the hairs. I just hate the way it makes me feel. We had to sit in a circle during one of our youth meetings and I just couldn’t get comfortable. I kept feeling like someone was looking at my legs. Someone was noticing my hairs. Someone was whispering about it. I wasn’t born with straight legs. It straightened out but the fact that my legs aren’t straight is a bit noticeable if you’re actually looking at it.

—Parents
I was close to my parents once upon a time but these days I avoid my mom because I know she’ll have something to complain about. She always does. I can’t look at my dad because I feel like I keep disappointing him. He doesn’t say anything but I avoid him anyways.

—I don’t go out
Besides church and a few other places if it’s necessary. I don’t go out. I think it’s partly because I don’t have any female friends that I can go out with but even when I had a few I still wasn’t let out of the house. Even when classmates invited me out I couldn’t go. Now I’m older but I just can’t.

*I don’t know what advice or help can be given to me but anyhow. I need female friends though and I’m at Rivers state.
*If you’ve ever been in any of these situations kindly share your experiences.

She Leads Africa: 5 Lessons I Learned From Not Protecting My Business Idea