It’s down to the Final 8 on "The Voice Nigeria"! Vote Now to Decide who will Emerge Winner this Sunday 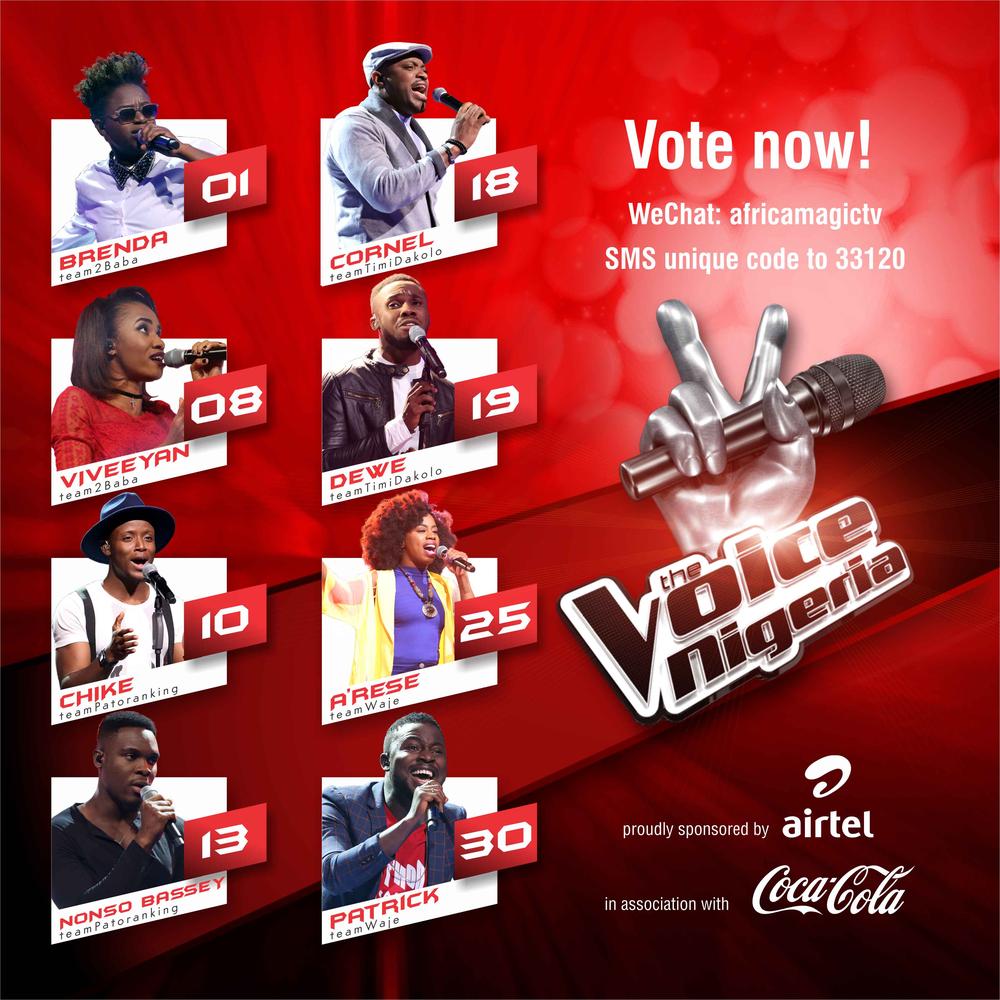 With 40 talents now evicted, the final 8 stand strong as they vie for the title of the first ever winner on The Voice Nigeria! Only your votes will determine who wins. The only thing that stands between them and a record deal, a brand new SUV worth 7 million, are your votes to which they need to keep fighting!

Who will emerge as the victor on ‘The Voice Nigeria’?

To vote for your favorite talents, simply send their unique codes to 33120. SMS costs N50 each.

You can also vote via WeChat. Simply download the WeChat app, search and follow africamagictv and then vote! Remember, you can vote up to 100 times!

‘The Voice Nigeria’ is brought to you by Africa Magic and sponsored by Airtel in association with Coca Cola.

For more information, please visit our website at www.africamagic.tv/thevoice

Watch 2Baba talk about Growing up in Makurdi, the Type of Husband he is at Home & More