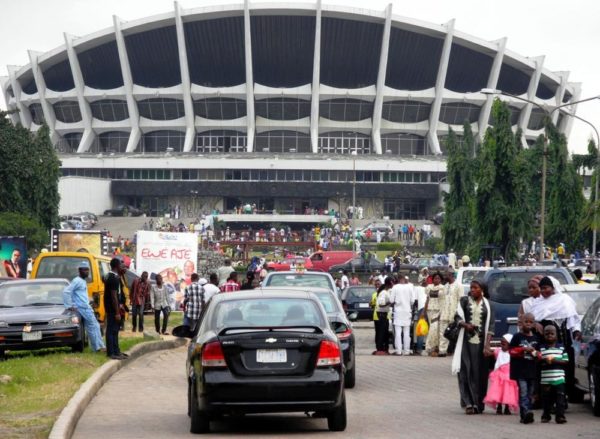 The Eko Electricity Distribution Company Plc (EKEDC) on Sunday said that electricity supply to the National Arts Theatre in Lagos was disconnected because its management failed to pay over N9 million debt.

Idemudia Godwin, General Manager, Media Communications of EKEDC, told the News Agency of Nigeria (NAN) in Lagos that the complex was disconnected after several appeals and demand notices went unheeded.

According to him, the debt is an accumulation of unpaid bills over time.

“We don’t disconnect without serving notice.

Besides, we recently ran a newspaper advertisement informing all ministries, departments and parastatal agencies (MDAs) of government that were indebted to EKEDC of our intention to disconnect them.

We have commenced disconnection of all historic debtors that include: residential, commercial, industrial and government establishments within our network,” he said.

The EKEDC spokesman said that the astronomical indebtedness by some customers was taking its toll on the company.

This had seriously been impacting negatively on the entire value chain in the power sector equation, he said.

According to him, only 25 per cent of this debt actually belongs to DISCOs, the rest are for other companies in the value chain-generating companies, bulk traders, gas suppliers, among others.

“So if you do not pay and you accumulate debt, what you are looking at is a possible total collapse of the entire power sector. That is what we seek to avert by this action. We need this fund to energies the power sector; to ensure electricity supply and to grow the sector,” Idemudia said.

He stated that the operations of all distribution companies were hampered by huge indebtedness by the “historic debtors”.

An official of the National Arts Theatre who did not want his name mentioned confirmed to NAN on Sunday that electricity supply to the complex had been disconnected for close to a week.

The source said that the ongoing programme in one of the theatre’s halls was being powered by generator.

However, efforts to speak with the management of the theatre failed as they did not pick calls made to their cell phones.

NAN reports that the disconnection had affected business activities around the National Arts Theatre complex.

Related Topics:National Theatre
Up Next