Jennifer Nagu: 8 Important Things to Note For Survival in the Event of a Plane Crash 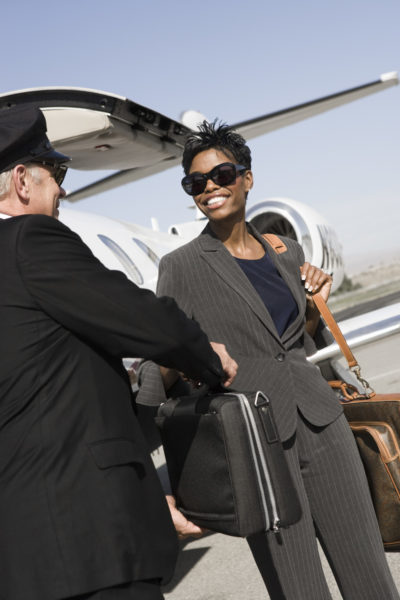 Juliane Koepke was the lone survivor of Lansa flight 508 over Peru in 1971. After falling two miles into the rain forest strapped to her seat, Juliane who was 17 years old at the time severed her collarbone and ruptured her knee ligaments.
She had been taught survival skills by her father, and this contributed to saving her life after staying ten days in the forest.

Perhaps, she was lucky. Or wasn’t she?

This past week, an Emirates flight EK51 from India crash-landed at the Dubai international airport with 300 people on board, while a DHL Cargo Plane in Italy skidded of the runway and ended up on a road near the airport; with no serious fatalities. While investigations on the probable cause of both crashes are ongoing, the laudable effort of the Emirates Crew in evacuating 282 passengers in 90 seconds shows a high safety standard and professionalism.

While, this level of professionalism could be easily associated with airlines Operated in Europe, Middle East and the America’s, it may not be the same with airlines in this part of the world.  You just might be left with the sole responsibility of saving yourself in a Nigerian situation. So, a good knowledge some emergency tips may come in handy.

In my mind I imagine an airplane emergency situation to be one heavily laden with the most paralyzing fear and unease. A scenario where no one is listening to anyone, but everyone is driven into a helpless prayer mode. A friend I once spoke with, who was once cut up in an airplane emergency here in Nigeria said to me, “It’s overwhelming. I even pee-ed on myself”. We laughed over this, but deep down it was not funny. It just wasn’t.

What really happens during an airplane emergency? You may ask.  They’re unpredictable events so no one may really know the true feel of it – till you have experienced and survived one of course. It is most times unpredictable if, it’s going to be a crash landing or whether you’re going to have a fire in one of the engines. But in any case we owe ourselves the favor of staying Safety and Survival conscious at all time.

Professor Ed Galea, a renowned aviation safety expert studied over 2,000 air crash survivor reports in 2011 and reached a unique finding on surviving aircraft emergencies. He said, “Surviving an aircraft emergency especially those on ground, is not a matter of fate alone. You can help yourself by doing the right things”. With reference to Galea’s discussions on surviving crashes, I have rolled out 8 tips which could be very useful:

They come in no particular order.

Donning your oxygen masks
The oxygen masks in the airplane are to provide supplemental oxygen in cases of Loss of pressurization or in cases of emergencies. You may be carried away by the fear of the unknown but trust me, you may require the oxygen mask. Your brain would require extra oxygen. In any case listen to the flight attendants for instructions.

Bracing for impact
The underlying principle of bracing for impact has remained the same in all situations. Research has shown that it’s best to lean forward in advance of an anticipated crash so your head is close to the seat in front of you. To press you toward the back of that seat, the theory says, reduces the risk of a deadly secondary impact, where your head whips forward and slams into a hard surface. In any event, you are trying to do three basic things by bracing. Get your upper body as low as possible to reduce the effect at impact; stop yourself from flying forward and hitting the seat or other parts of the aircraft interior; and preventing injury to your legs and ankles that will hinder your escape from the aircraft.

Releasing the seat belt
One of the most bizarre findings into crashes and passenger behavior is that continually people struggle to undo their seat belts! The reason is that in times of stress people revert to learned, normal behavior and when it comes to seat belts, people are used to pressing a button, like the ones in their cars. Aircraft seat belts unbuckle. It is a latch you’ve got to pull. Practice opening your seatbelt before you are airborne, it could come in handy.

Dealing with smoke
In dealing with smoke, your first priority is to get down low under the smoke. By laying low, you have access to fresh uncontaminated air. Also, you must cover your nose and mouth with a wet cloth. To improvise, you could Use clothing ripped from seat covers around you. You also must wet the cloth for it to be effective. Any water can be used, including urine! Also, finding your way through the thick dark smoke could be a problem.

Professor Galea believes counting the number of seat rows from your seating position to the emergency exit, before any flight can come in handy in the advent of thick smoke and darkness(during an emergency). By counting, you can feel your way through when the cabin is dark and filled with thick smoke.

Getting Out of the plane and leaving the crash site as soon as possible
You must leave the crash site fast enough! People do the most remarkable things after crashes. One of the strangest of which is trying to retrieve some, or all of their possessions. You don’t have time, the possessions will slow you (and others) down, and you will need both hands free, whether it’s to remove obstacles, hold a pad over your nose and mouth. Before you exit though, check quickly that it is viable. Both inside and out.  Once out of the aircraft don’t block the exit for the people coming behind you. Back away.

Surviving in Water
If you are in the water and miraculously still alive! Use your life jacket or a floating wreckage to keep afloat. Don’t inflate your vest until you need it to keep afloat. Swim into the waves and wind; the wind will carry fire and smoke away from you; wave action will carry floating fuel away from you. If fuel is burning on the surface of the water, dive down.  Unless you can swim to shore you should avoid swimming and save your energy as much as possible.  It is important to relax.  Watch for life rafts being deployed; some planes are equipped with them. Hang onto the life raft if you are not injured; reserve the raft space for children and those who are injured. But stay with the rafts; they will be spotted more easily by rescue workers than a single person floating in a life vest.

Children
If you’re with your family, talk to your children about what to do in the event of an emergency. Divide the responsibility of helping your children between you and your partner. It’s easier for one adult to help a single child than for both to try to keep everyone together.

Hadiza Lawal: Planning a Trip to Atlanta Soon? Check Out 12 Things You Can Do in ATL