A Polish discus thrower, Piotr Malachowski has sold his silver medal from the Rio 2016 Olympics to help a three-year-old boy with eye cancer.

He appealed for fundraising for Olek Szymanski, who is suffering a rare cancer that only attacks kids under five years old.

“I did everything in my power to get it (a gold medal). Unfortunately, this time it didn’t work. But fate gave me a chance to increase the value of my ‘Silver’,” wrote Piotr Malachowski on Facebook.

The athlete launched an auction on www.charytatywni.allegro.pl, a website helping non-government organizations to collect money for their charity goals.

The aim of the auction is to raise funds to send little Szymanski for teatment in the United States because Poland lacks the relevant technology. It is reported that an eye operation for the boy costs over $125,000.

“In Rio. I fought for the gold. Today I appeal to everyone; let’s fight together about something that is even more precious – the Health of this fantastic boy. If you help me, my silver can be more precious than gold,” Malachowski had said. 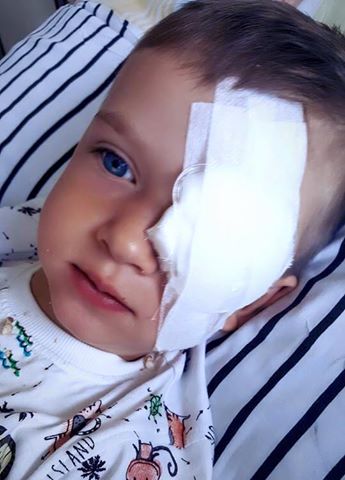 On August 24, Malachowski, who also won a silver medal in Beijing in 2008, wrote on Facebook that the charitable drive had been a success, saying Dominika and Sebastian Kulczyk, the heirs of late Polish billionaire Jan Kulczyk, bought his medal with the highest bid.

“We are able to show that together we can make miracles. My sliver medal today is worth much more than a week ago … This is a big success,” he said in the note.

Many people were affected by the athlete’s charity, praising him in different languages and calling him “a true hero”.