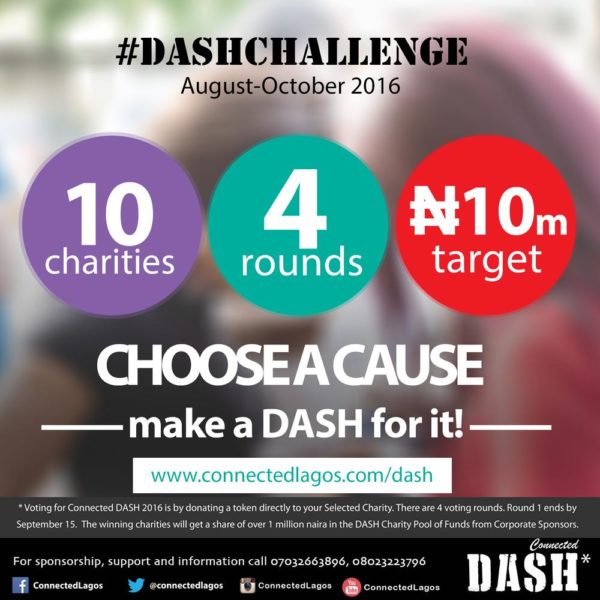 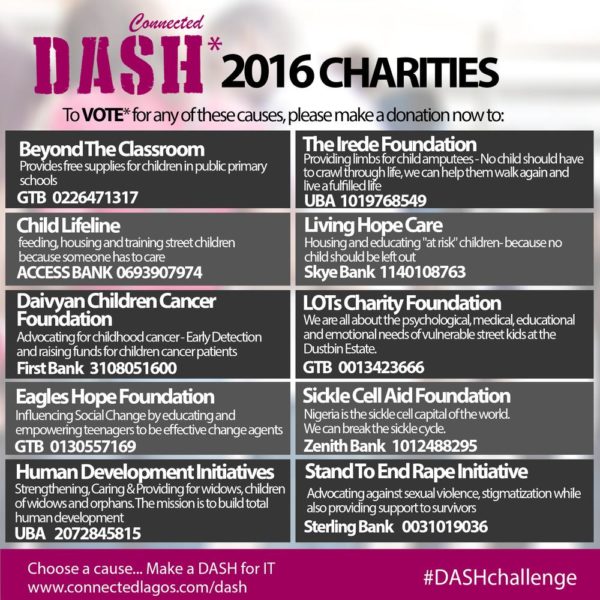 We invite you to be part of Connected DASH this year by taking the #DASHchallenge. 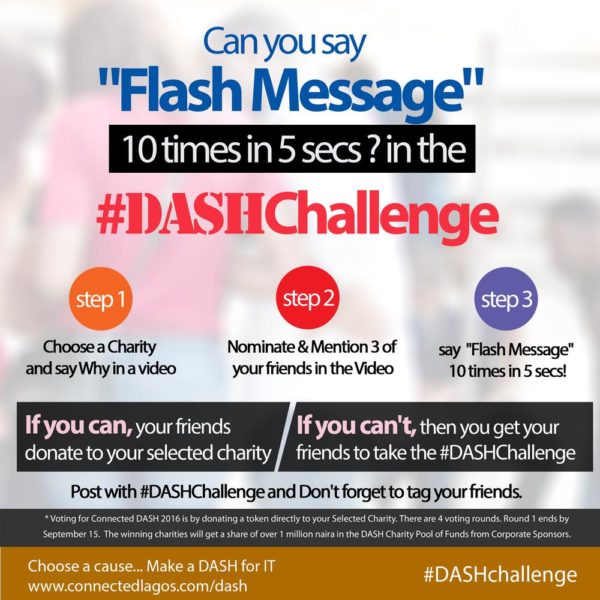 The general focus of DASH this year is to get individual participants to collectively raise as much money as possible for their chosen Charities from their Social Network.

The fundraising will run in 4 rounds. The first round has started and will end by September 15, 2016.

For every round, participants get to vote for their chosen charity out of the shortlisted charities by donating a token to the charity’s dedicated DASH Account.

The fundraising rounds off with a grand finale on October 8th, 2016 tagged: DASH- THE GATHERING.

Related Topics:#DASHchallengeConnected Dash
Up Next