That time when PAGA CEO Tayo Oviosu, Lagos and Heathrow Airports had a Hilarious Banter over the Weather on Twitter 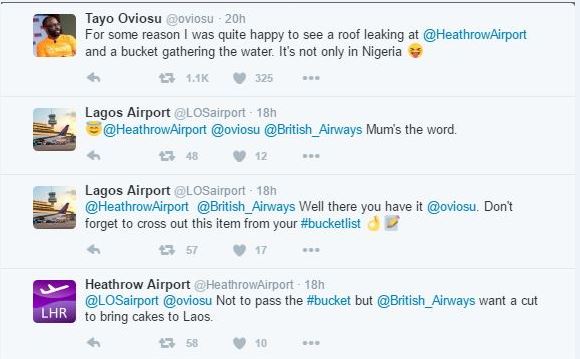 So Tayo Oviosu landed at the Heathrow Airport and noticed that they were using buckets to collect water from leaking points in the roof.

He tweeted at them and from there a hilarious thread began which saw Heathrow Airport, Lagos Airport and some other Twitter users joining in.

Here’s how the Conversation thread went: 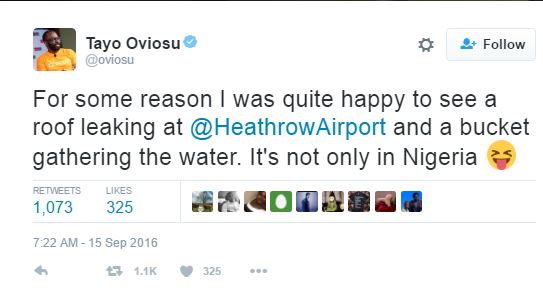 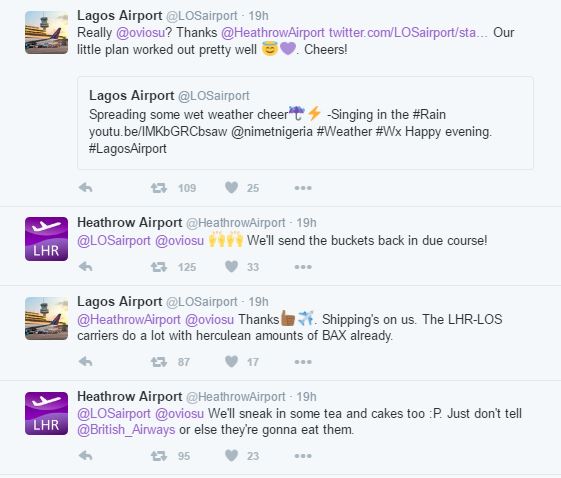 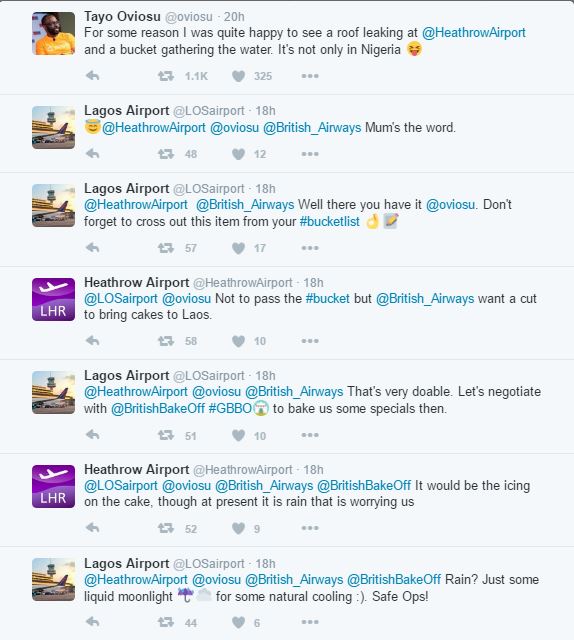 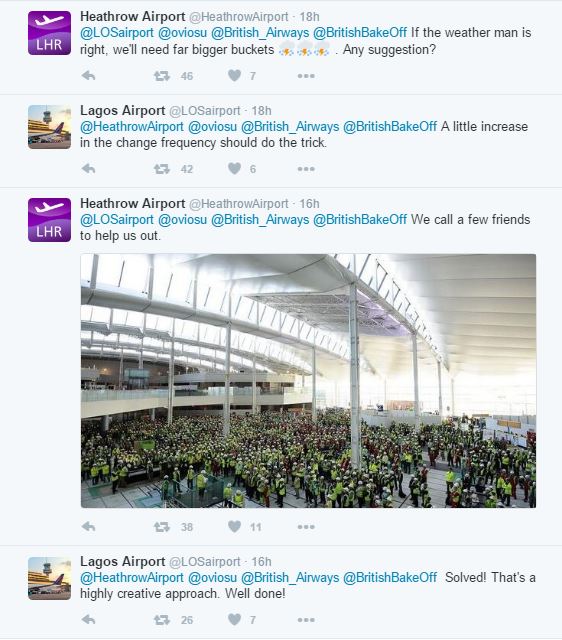 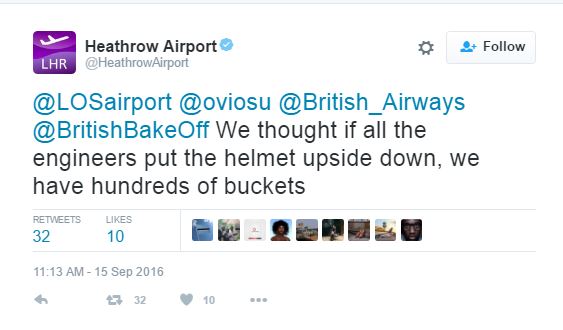 Submissions for the AMVCA 2017 are now open! Could it be you this year?