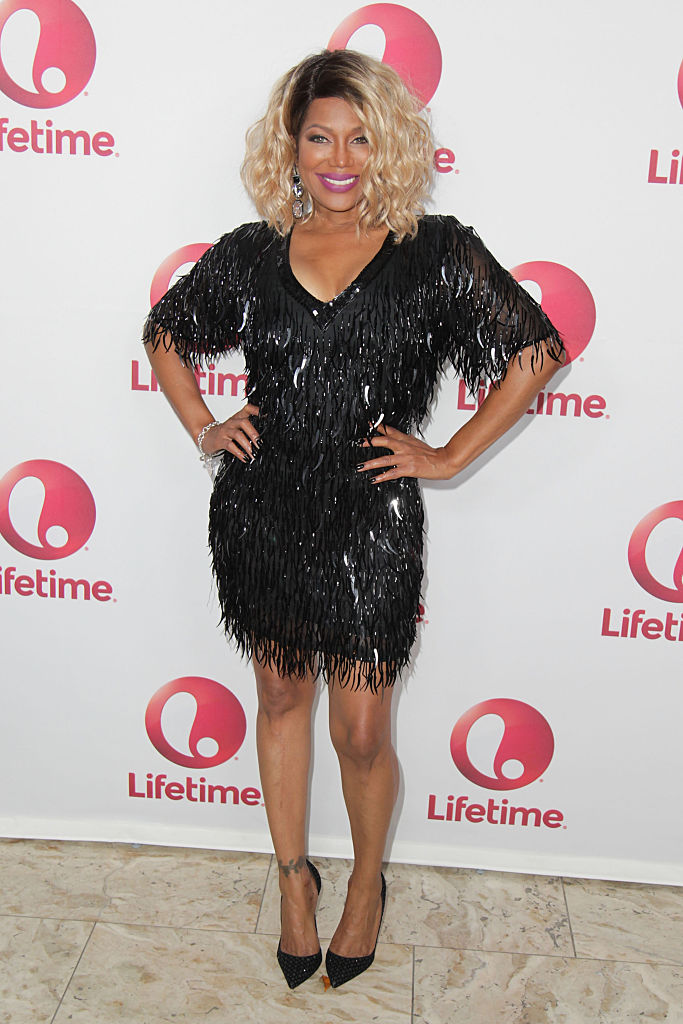 Lifetime TV movie Surviving Compton: Dre, Suge & Michel’e was a HIT this weekend, with all of Black Twitter’s attention. The movie was mainly from Michel’le‘s point of view, complete with her appearing as an omniscient narrator several times in the movie.

R & B Singer Michel’le was once Dr. Dre’s fiancee – they have one 25 year-old son together.

She first met Dre at 16, after being discovered by Alonzo, and making a cameo on one of their songs.

She was the only female artiste on Ruthless Records, but she was completely omitted from the hit movie Straight Outta Compton, which led her to want to tell her own story, as she told The Breakfast Club 2 years ago.

Major Revelations in the Movie

Dr.Dre didn’t pick the name ” beats ” for no reason..#SurvivingCompton pic.twitter.com/eX39JYgC7f

This movie brings a whole new meaning to “Beats” by Dr Dre…#SurvivingCompton pic.twitter.com/rqVmHHcxjm

How you beat somebody out their sleep, that’s crazy. #DrDre #SurvivingCompton

Dr. Dre had five children before getting with Michele’le? She was a good one. #SurvivingCompton pic.twitter.com/CQKI4O5RhI

All of Dr. Dre kids sitting watching the movie like… #SurvivingCompton pic.twitter.com/nC8cAw9NKU

“So many of the decisions you make in life depend on what you were taught as a child.”

Eazy-E warning her Dre was on his way home drunk so she needed to leave. Her grandma telling her to stay. Dis tew much. #SurvivingCompton

We watched the movie and it was entertaining and revealing! Did you watch? What did you think?

Nate Parker’s ‘The Birth of a Nation’, and Izu Ojukwu’s ’76 have been Chosen as AFRIFF 2016 Opening and Closing Films!