"How Many Retweets" is Trending on Twitter! Here's How This User Got an Internship With an Oil and Gas Firm

In recent times, twitter has been awash with the “How Many Retweets” trend.

A couple of days ago, another guy asked for 5,000 retweets to go on a date with actress, Dorcas Shola Fapson and he got well over 5,000.

Today’s “How Many Retweets” story is a very inspiring one.

A twitter user, Olayinka Fajimite, who was apparently catching fun, tweeted at Oando PLC asking how many retweets it will take him to get a job with them.

He got his reply from the oil and gas firm that 2,000 retweets will get him a month internship.

Yinka quickly got to work and in less than 24 hours got about 3,000 retweets. 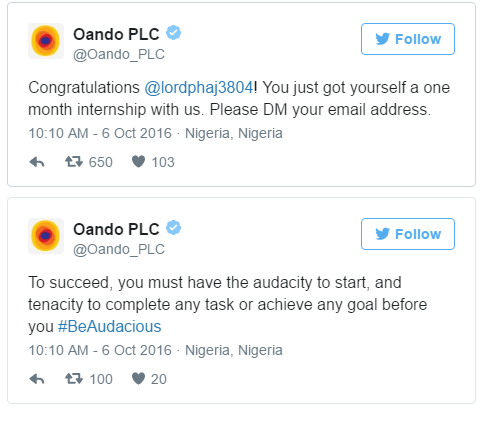 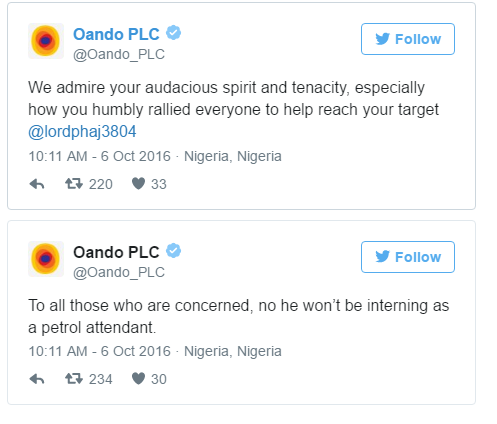 He also got a shout out from the firm’s CEO, Wale Tinubu.

Thumbs up to Olayinka for his daring move.