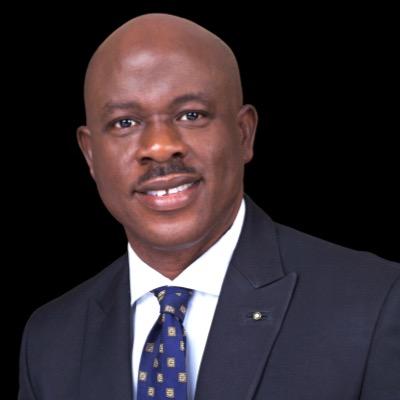 The former Minister of State for Defence, Musiliu Obanikoro has implicated Governor Ayo Fayose of Ekiti in the probe of the N4.745billion wired to a company, Sylva Mcnamara, by the Office of the National Security Adviser (ONSA), The Nation reports.

Obanikoro, who landed in Nigeria on Monday from the US, following an invitation by the Economic and Financial Crimes Commission (EFCC), said that N2.23billion was transferred to Fayose within 7 months in 2014.

He said that while $5,377,000 (about N1 billion at the time) was give to Fayose in cash, N1.3billion was received by the governor’s associate, Abiodun Agbele.

Obanikoro admitted that the N1.3billion was flown to Akure airport in two chartered flights for delivery to Agbele.

Obanikoro said that he does not own the said company but said that part of the reasons why the money was remitted in the company’s account is the warding off of a plot by Boko Haram to attack Lagos.

Obanikoro was also confronted with a petition from ONSA dated November 28, 2015 titled “Payment to companies with no contract awards or approval” of which Sylva Mcnamara was number 78 on the list of firms being investigated.

A source quoted the former minister as saying:

N2.2billion was transferred to Sylva Mcnamara for onward transfer to Ayodele Fayose on the instruction of the National Security Adviser (NSA).

The sum of N1.3billion cash was brought in a bullion van by Diamond Bank on the instruction of the NSA.

In addition, the sum of N60million was converted to dollars at the rate of N168 per dollar and altogether the sum of $5,377,000 was handed over in cash by me to Fayose while the N1.3billion was received by Mr. Fayose’s associate, Mr. Abiodun Agbele, in the presence of my Aide-de-Camp (ADC), Lt. Adewale, who also accompanied them to the bank along with the bank officials.

I didn’t interact with the bank officials. I called Fayose before the funds were handed over to Mr. Abiodun Agbele. I spoke to Fayose with my phone at Akure airport.

I took off with the first flight with part of the money. The second flight brought the remaining funds to Akure airport and I directed that it should be handed over to the same person