HaroldWrites: Marriage is an Achievement... and That is a Good Thing 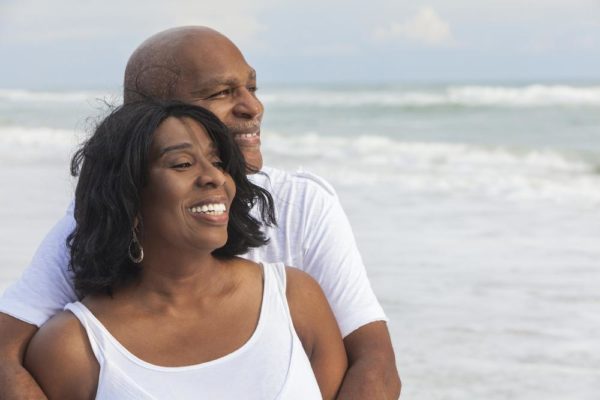 Recently, I called my dad to congratulate him on his 68th birthday. My dad lives miles away from me, in our hometown. He had moved back home from the city after he was retired. His reason for moving back is understandable. City life is draining and as an aged man, he could not withstand the stress after already sacrificing 30 years of his life, labouring for and in the city.
As we shared merriments and good laughter over the phone, my dad stopped talking abruptly. When I enquired the reason for the sudden lull, he said he had a piece of advice for me. What was the advice? It was an hour long advice. But in summary, he advised me to get married not later than the age of 30. Then he started giving me reasons why, as a man, I should endeavour to get married at 30, and not 35…or 40.

I did not need my dad to give me that advice (although I appreciated the gesture) because when I was a teen, I already advised myself on when I wanted to get married. And I wanted to get married three years earlier than when my dad suggested. I wanted to be married at the age of 27. But as a young person, I was conscious of certain beliefs about men and when society expects them to get married. There was a belief that, as a man, you should “enjoy your youth”, party and “test” a lot of women, so by the time you turned 35 or 40, you would have garnered a lot of experience about life which would help you when you decide to marry. There was also the myth that, younger men are not mature enough for marriage. In fact, growing up, I always heard people say that a man of 30 is still a boy who is not mentally equipped for marriage yet. I always heard people say, “what does a 30 year old boy want to teach a woman about life?” The foregoing stemmed from the myth that, boys and girls of same age weren’t of the same maturity level. “Girls mature faster than boys,” people always said. And by mature, they meant girls were more exposed, and thus, more mentally and emotionally stable and knowledgeable than boys their age.

I did not care about any of the foregoing myths or beliefs, because as a teen, I knew who I was and what I wanted in life. And one of the things I wanted in life was to get married at 27. To achieve this, I knew I would have to get a good education, graduate on record time, get a good job and be established early in life so I could properly handle the financial burden of marriage. I knew that, if I was married at the age of 27 – and God blessed me with a child – by the time I turned 50, my first child should be out of the university system. I knew that, by the time I reached the statutory retirement age, my first child, and possibly, all my children, should be out of school and would be able to fend for themselves. I knew that, if all these happened, I wouldn’t have to use my retirement pension to put my child (ren) through school. And I knew that, if God blessed my children with their own children, I could be a grandfather by the time I turned 60. Finally, I knew that, as a grandfather who had done well for himself and his family, I could retire to whatever part of the world with peace of mind and do whatever I wanted with my old age.

I knew all of the above, even as a teen. How else could one define maturity than that? So I read widely and worked hard. But life has a way of reshuffling our cards. Did I graduate in good time and with a good degree? Yes. Did I get married at 27? No. I can imagine Life sitting at a corner with crossed legs, looking at me as it sips from a glass of wine.

Getting married is a life goal for a lot of people out there. Not everyone wants to remain single. Not everyone enjoys singlehood. Some people dream of having someone they could call their own someday, forever. Someone who they wake up to every morning. They dream of having and raising children within a marriage institution, building a dynasty and changing the world with that special somebody. Some singletons already have the names of their future kids penned down. They already know which schools they would enrol their kids in. I once told a friend I would open a savings account for my future kids (of course in my name, but for their ultimate benefit). Talk of dreams.

I understand if some people say marriage is not an achievement for them. You know, no farmer goes to his plantain plantation and expects to harvest cocoyam. If he harvested cocoyam in his farm, he can only call it luck, and not an achievement. You can only achieve what you aim for. And not every achievement has to be heading a Fortune 500 company.