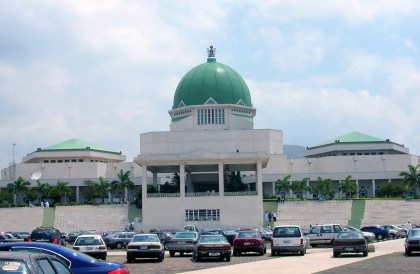 With a new legislation, the Senate is planning to get a more permanent source of funding for the constituency projects which has always caused contention between the National Assembly and the Presidency.

The Senate has started a move to create a Constituency Development Fund to be held in the Federal Ministry of Agriculture and Rural Development, and financed from deductions from annual national revenues.

According to The Guardian, a bill for the new legislation, tagged ‘Constituency Development Fund Bill 2016’ has been introduced to the Upper Chamber by Senate Leader, Mohammed Ali Ndume.

If this bill is passed into law, 2.5 per cent of the annual budget and other monetary accruals will go to the constituency projects and if by next year the legislation is functional, N182.5 billion of the N7.3 trillion budget will be going to the projects. If this amount is for only members of the Upper Chamber, each senator will be going home with N1.7 billion for constituency projects.

However this move by the legislators may cause further rift between them and the executive which has the constitutional responsibility to allocate projects in budgets and executing them. The National Assembly’s duty is to pass annual budgets.

The leadership of the National Assembly packaged the bill as a better and more acceptable way to replace a former legislative plan to force the Federal Government to lose at least 20 per cent of its national budgets to the constituency projects.

In less than a week before receiving the N7.3 trillion 2017 budget proposal from President Muhammadu Buhari on December 14, 2016, the senate endorsed for further legislative work, a bill to reserve 20 per cent of annual budgets for National Assembly Constituency Projects.

The bill, sponsored by Stella Oduah (PDP, Anambra North), after passing the second reading, was referred to the Senate committees on Appropriation and Finance, is expected to be passed into law early in 2017.

The opposition of the bill across the country made some senators suggest alternative means of sourcing for funds for the projects.

Ndume’s bill proposes the deduction of 2.5 per cent of all the Federal Government’s ordinary budget in every financial year to the Constituency Development Fund.

The department will also receive and address complaints and disputes or where necessary refer such complaints to the appropriate government body or the National Assembly for investigation and resolution.

The Senate President Bukola Saraki, justified this move saying: “I don’t think there is anything that ensures equity in the country like the constituency projects to our constituencies, full stop.”

Chapecoense Airplane Crash: “No technical-factor was part of the accident, everything involved human-error,” Authorities Say

“NO WAY!”: Trump Replies Obama’s Statement that He Could have Defeated Him