Akanna Okeke: The Unexpected Question After a Bedtime Story 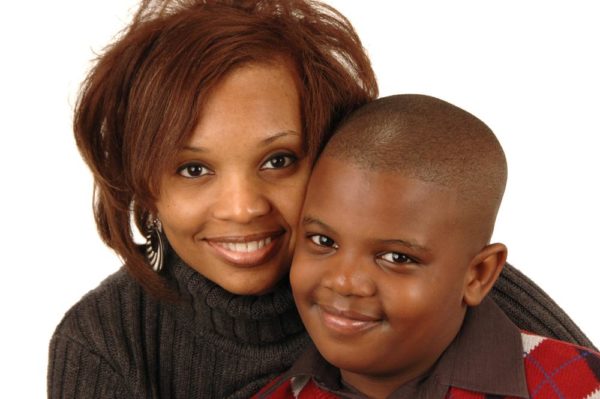 Jumai had a six year old son whom she loved very much.  Every night, she would tuck him into bed and read him a bedtime story, to which he would usually fall asleep before it ended.

One night, she tucked him in and he requested that she read his favorite story to him.  It was called “Little Potato”.  She agreed and picked up the book from the shelf beside his bed and began to read to him:

“There was a little sack of potatoes in the little storeroom of a cute little house.

One day, the sack was taken out to the field to put more potatoes into it.

A little potato rolled out of the sack, and onto the field.

It kept on rolling and went past the field, into the countryside.

It noticed other potatoes by each side of its path and, occasionally, they would give it a little shove so that it rolled either to the left or to the right.

Little potato was thrilled, enjoying its little journey as the sideline potatoes nudged it here and there.

It came to an intersection and, as usual, was given a nudge to the left.

Little potato rolled leftward and came to a lonely road.

It rolled until it stopped, and didn’t know which way to go.

It then saw a big potato in the distance and rolled towards it.

It asked the big potato: “Sir, could you please tell me which way I ought to go?”

Big potato replied: “Son, you need to tell me where you want to go first.”

Little potato looked at big potato and didn’t know what to say.

Big potato then realised and said: “it seems you don’t even know where you’re headed, son.”

Little potato replied: “I never thought about it”.

Big potato then asked little potato some questions about itself and helped it figure out where it ought to go.

It turned out that it had gone past where it ought to go, but turned in the wrong direction.

Big potato gave it the right directions, and little potato turned around to be on its way.

Before little potato left, big potato gave it some pickets with which to make fences on each side of its path as it walked along, going back to where it missed its turning.

Little potato did this as it went on its way.

Sometimes, it forgot the directions that big potato had given it, so it asked those other potatoes it had seen along the way for directions.

They pointed to it which way to go but they couldn’t shove it easily because of the fences it kept on building along its way.

It later got to its destination and left a beautiful trail of picket fences behind it.

It was happy there, it lived there, it had its own little potatoes there, and they used its trail to go back and forth the country, easily finding their own way each time.

He loved the story as usual and gave Jumai a cute little round of applause.  This pleased her, but she didn’t expect what she heard next.

“Mum, what is the deeper meaning of this story?”  He asked innocently.

Jumai was shocked at his question. “What do you mean?” she asked.

“Our teacher said we should always ask for the deeper meaning of stories” he responded.

“Oh I see”, Jumai said in relief, “I’ll tell you what I think the deeper meaning is then”.  She looked slightly away from him as if to get in deep thought, and then began explaining:

“Little potato represents you and represents me.  We are raised in our homes, or sacks, by our parents and families.  Everyone tells us what to do until we are old enough to leave the house.  When we leave, we have freedom to do whatever we want in life and so we roll around freely.

The problem is that we are not really free.  People are still telling us what to do, and how to think.  There is your teacher, your school, the media, your friends, your family, your boss, even the whole society.  They all shove and nudge you along the direction they want you to go. They tell you what to study, where to work, whom to marry and what to love.

For some of us, we come to realize that we have blindly followed everyone’s suggestions and have come to a place where we don’t know what next to do, why we are where we are, or how we got there.  We then need a mentor or a guide, someone who thinks differently from everybody else; to help us figure ourselves out, figure out where exactly we should be, and how to get there.

Most likely, we will come to realize that we still need all those people like our parents, our teachers, schools, the media, and society, to help us get there. But we need to set boundaries that they cannot cross.  We ask only for their suggestions and then think for ourselves, make our own decisions, and take full responsibility for the outcome –no blaming the government, society, school, or the media for where we are; because we have become free, independent and critical thinkers.

Once we set that standard and live that way, our kids can easily follow our examples and live their own lives with healthy boundaries around themselves.  They will need our own cute little picket fences around them at first, to guide and protect them, but when they grow older, they will have to start building theirs along their own chosen paths.”

Jumai turned to look at her son and saw that he was long gone.  He was fast asleep.  She was relieved because she didn’t think he needed to hear all that.  She hoped that he had fallen asleep quite early in her long and ‘mature’ explanation.

She got up from his bed and bent towards him and planted a kiss on his forehead.  She then turned out the lights and, as she walked out of his room, she wondered if she had been a good ‘big potato’ to her little one.