Cisi Eze: If You Are Angry At the Slave Trade, You Should Be Angry With Nigerian "Leaders" 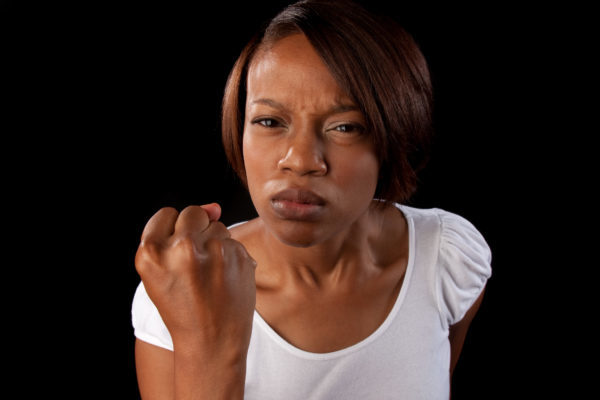 I hope to get you angry after reading this.

You read history books and get livid at white people for the Transatlantic Slave Trade, right? Aww… Soooo bothered about Africa. You’ve probably visited some slavery sites and sadness, laced with anger and hurt, comingled with your blood and now, you’re PROBABLY racist – feeling resentment for white people while trying so hard to imitate them. You PROBABLY think afros are shabby. Eiya! All that cognitive dissonance in one person! With all that vitriol coursing through your veins,  you forget it is “slave trade”. Slave TRADE. Emphasis on “trade”.

People as black as you and I SOLD black people into slavery.

According to Fadipe, “the slave merchants worked on the intelligence of our leaders and enticed them with material wealth. Black slaves were exchanged for whisky, tobacco, rum, cuppino glass, cotton, linen, silk (…) African slave dealers, on their part, raided neighbouring villages and captured their natives and sold them to the middlemen who eventually re-sold them as slaves to European slave merchants waiting for them at the coast.”

The slave merchants worked on the GREED and WICKEDNESS of those leaders, not their intelligence.

Oh! Did you know those slaves worked on sugar plantations? Haha! You already knew. A tour guide at Badagry Heritage Museum, Badagry, told me sugar was refined, brought back to West Africa, and more slaves were exchanged for sugar. IS THIS NOT WHAT WE DO WITH OUR CRUDE OIL?

Since independence, we have been refining crude oil OUTSIDE Nigeria, because… “no refinery”.

In a country that has been producing crude oil for 60 years, people buy fuel at N145/L and kerosene, N400/L.

Let that marinate in your mind.

You see, the only difference between the Slave Trade and what we have now is that people are going to the West, by air, on their own volition.

They are wicked as those leaders that traded our people into slavery. That wickedness makes them “can all they can can” – Nikki Laoye. These people can our national wealth into personal cans and use it for themselves!

WE ARE NOT ANGRY ENOUGH! That is why we vote these meanies into power. “A people that elect corrupt politicians, imposters, thieves, and traitors are not victims… but accomplices.” – George Orwell.

Government would REFUSE to pay salaries for two months or more. When they pay, they expect us to applaud them. Kpam-kpam-kpam! The palms of people that do not know their rights would meet in applause for irresponsible people that REFUSED to do their jobs! “WHEN YOU DON’T KNOW YOUR RIGHT, PEOPLE WOULD GIVE IT TO YOU AS A PRIVILEGE”.

Ah! We are not angry enough. How can you be angry when you receive “message of hope” every week. Those messages have made us docile, forgiving because of our belief in an UNVERIFIED happily-ever-after. Haha! The person giving you that message rides a fancy jeep, but you are there trekking to your house o! “E go better, e go better”…  since 1970! Hope is irrational! Give it up!  The only thing that would save Nigeria is Nigerians, not any external force.

Here are the problems we have: corruption, poor electricity, a weak legal system, mono-economy, and over-dependence on importation, to mention a few.

The government knows it can harness other forms of energy to provide electricity, thereby boosting production. It knows it should close our borders and improve internal production (autarky – this is what China did).

It knows it should diversify the economy by focusing on agriculture and solid minerals.

It knows there has to be an anti-corruption law in place to curb corruption. But there’ll be none – that would be self-flagellation.

It knows it has to strengthen the legal system.

The government knows all these, but wickedness will not allow them do the right thing.

Nigerians are not angry enough. Instead of us to channel our anger at corrupt politicians that are stealing from our children, we are here channelling our hate and anger at the wrong people.

Enough of complaining on buses, queues, and everywhere! Let us DO something.

Step one: Get rid of these thieves (people that take what doesn’t belong to them are thieves) and vote for people with a good past, people that have done good things in their communities one way or the other. They don’t have to be politicians.

We MUST not allow thieves into power again, o. It af do, abeg! They have stolen enough! And the new leaders must swear with our local deities, too. Our local deities have no mercy. It should not be business as usual where someone swears with one book and steal our money whilst the deity acts all “forgiving and merciful”.

P.S. I am happy Buhari won the 2015 Presidential Election. That way we would not say, “Buhari was the best president we never had”. (Sips Guinness) I doubt he had plans. All he wanted was to become president.

Fadipe, A. (2000). Slave Trade and Western Civilisation in Badagry: A Brief History of Human Enslavement in West Africa and the New World. Lagos: Media Ace.

It is Time to Remove the Cloak of Shame! Yemisi Wada Writes on Domestic Abuse with ‘No More Shades’