OfiliSpeaks: The Top 10 Craziest Nigerian Political Statements Of 2016. #1 Is Epic 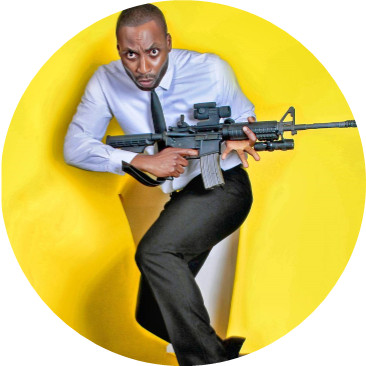 2016 is officially the year where political statements went crazy, from Donald Trump’s “Grab her by the ******” to Philippine President Robert Duterte‘s “[Obama is the] son of a whore!”

But the real political craziness happened here in Nigeria. I mean if crazy political statements could be converted into power, Nigeria would have solved its electricity problem by now. From “recession is a word” by our Finance Minister to “the funds spended were properly spended” by the Youth and Sports Minister, these statements ensured that Nigeria was kept politically engaged entertained all year.

And with so many to choose from, the real struggle was to figure out the top 10 craziest Nigerian political statements of 2016. But we managed to do so below, so enjoy … and remember #1 is epic! 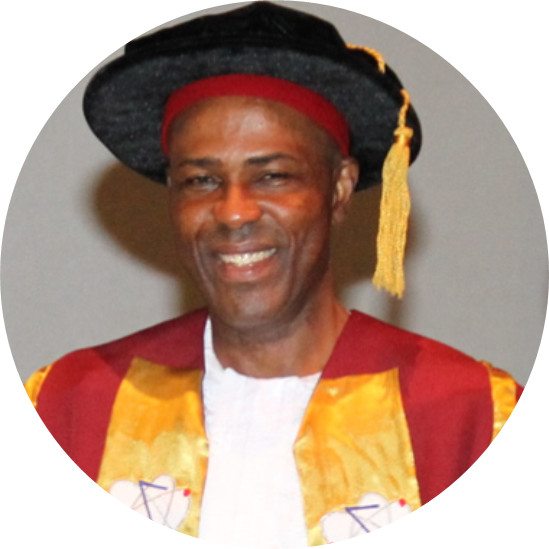 Talk about setting the bar low. The Minister of Science and Technology of the most populous black nation in the world also known as the “Giant Of Africa,” announced that by 2018, Nigeria will be manufacturing pencils … not cars or computers or even biros, but Pencils. I am sure the minister wishes Nigeria could manufacture erasers by 2017 so he could erase the craziness of this statement. 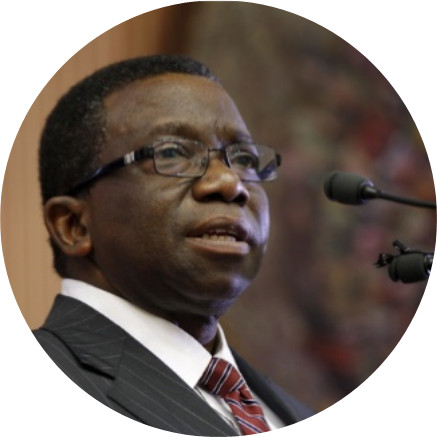 Okay, so this statement is technically correct. Suya can kill, but you know what kills more than Suya?  The dilapidated Federal Hospitals in Nigeria, the unpaid Doctors and Nurses, the fake drugs penetrating our health system and most especially the scarcity of our Health Minister on these key issues. So when Professor Isaac, who has been practically invisible all year on Health issues says that Suya kills … we want to rush to remove the Suya pepper in his eye so that he can see all the other things wrong with our health care system. 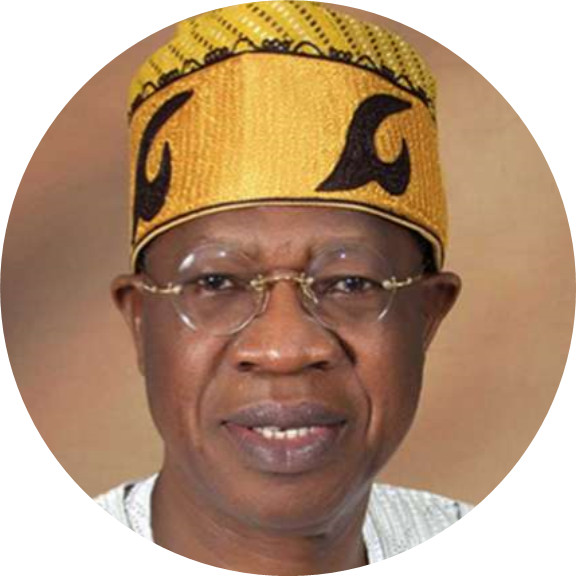 #7 “Herdsmen move from everywhere, from Mauritius or anywhere. You can’t stop them” The Minister of MisInformation, Lai Mohammed on May 2016

For whatever reason, the deaths of over 3,000 (source Punch.com) Nigerians by the Fulani Herdsmen in 2016 has been largely ignored by the President and his administration. But when they are finally roped into a corner, the administration offers excuses that are logically amusing. Take this gem of craziness by Lai Mohammed who claimed that herdsmen can’t be stopped because they move from everywhere including Mauritius.

For the record Mauritius is an Island and the distance from Mauritius to Nigeria via sea is 6,263 kilometers. The air travel distance is equal to 3,892 miles. So unless cattle can swim or they are flying Arik and their plane is yet to land, this statement can only be treated as crazy. This should be higher, but the competition was stiff in 2016. 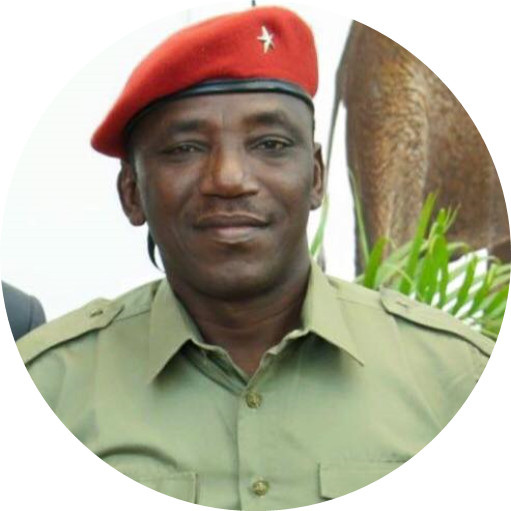 #6 “I am opposed to the World Cup. We don’t agree to it. Conspiracy in the World Cup is too much” by The Youth and Sports Minister, Solomon Dalung on November 17, 2016

I pray that in 2017 we all get the same job security as Solomon Dalung did in 2016. Because, I don’t know how someone as inept as him is still a Minister in Nigeria. If there is one person that has conspired to issue out some of the dumbest political statements of the decade year, it is him.

This one was delivered when he told Voice of America that Nigeria should not participate in the World Cup because Nigeria could not win it and then mumbled something about FIFA corruption. That’s like telling Leicester City not to participate in the EPL (English Premier League) because they can’t win it … o wait, they already won it. Never mind.

#5 “Army officers have been sent to Argentina to learn cattle rearing” by the Chief of Army Staff, Tukur Buratai on December 20, 2016


No, you are not reading double, your computer does not have a virus.

Yes, the Nigeria military in 2016 actually sent some of her soldiers to Argentina to learn how to rear cattle.

At a time that Nigeria is battling the Fulani Herdsmen, who ironically are a group of well-armed cattle rearer’s who have killed over 3000 people in 2016, our military decides to send some of her soldiers to Argentina to learn how to rear cattle. This one is just inexplicable. But hey, who knows, maybe the Defense Ministry was recently merged with the Agricultural Ministry to save money! 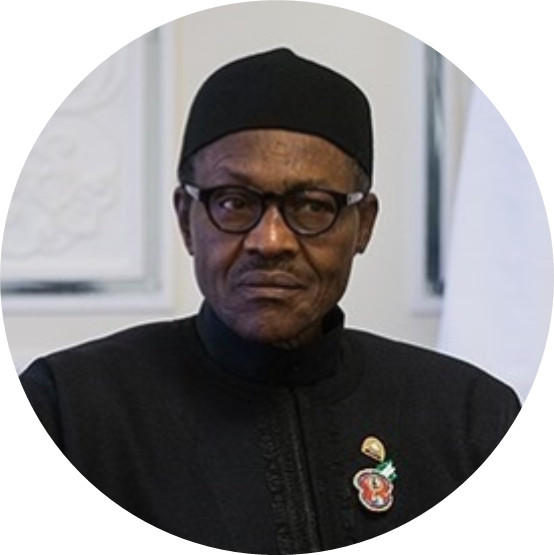 #4 “Nigerians are fantastically corrupt” by President Muhammadu Buhari on May 11, 2016

At a time when Nigeria needs to be doing its best to attract foreign investors to help stimulate our dying Economy. Our President decided to go on international television to agree to David Cameron’s statement that Nigerians are fantastically corrupt.

That’s like me going trying to convince you to invest in my business but just as we are about to close the deal I tell you that, my company is fantastically corrupt. Would you still invest?

No wonder foreign investors are fleeing Nigeria … this statement was fantastically crazy! 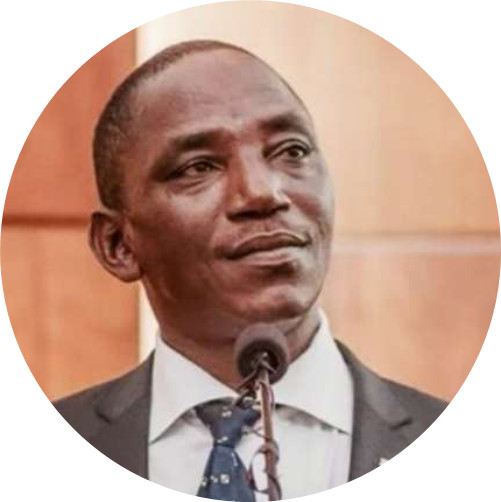 #3 “Don’t forget that nobody even knew the team will emerge victorious” by The Youth and Sports Minister, Solomon Dalung on December 8, 2016

This list is nothing without Solomon Dalung, who I still can’t believe has a job … except making unbelievably ridiculous statements is considered a job!

In this monumental moment of craziness, the Minister stated that he did not expect the Falcons to win the Africa Women Cup of Nations hence why their winning bonuses were unavailable.

And these are the ministers we waited for 6 months to get! I am just going to Dalung myself in the head with an Ogbonnaya “made in Nigeria” Pencil! 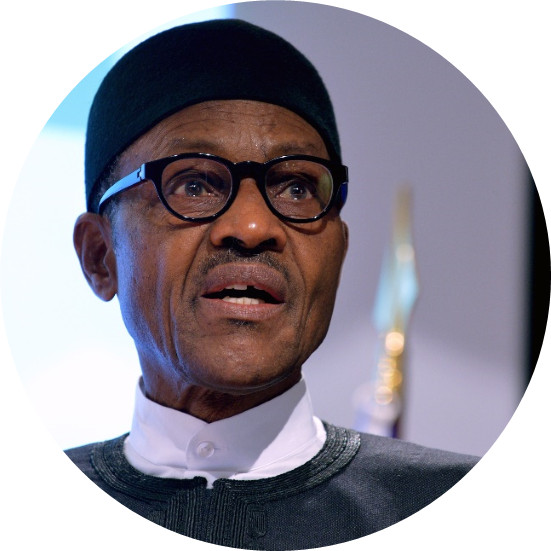 #2 “My wife belongs to my kitchen and my living room and the other room” President Muhammadu Buhari on October 14, 2016

Some people tried to play this one down as a joke. But let me tell you what is not a joke …

So when the President of Nigeria goes on the world stage next to the Female leader of East Germany to declare that his wife belongs to his kitchen his living room and the other room despite the huge educational gender gap in Nigeria, and so-called intellectuals try to pass it off as a joke, it worries me. It worries me because our leadership still does not get female issues in Nigeria. This should be #1, but again the competition was really tough.

I bet you did not think that you would make the list! But you did, congratulations. Because the craziest political statement of 2016 was “silence” by we the Nigerian people.

Because in the midst of some of the craziest atrocities meted out against our people, we have been largely silent.

Because, the very same people that screamed when N200 was worth $1 are busy making excuses for the current N500 exchange rate.

The people that mocked the previous administration with puppets (aka the still missing Ogas At The Top) are now being used as social media puppets to stifle the opposition with excuses.

The very same people that screamed, shouted and protested over the Chibok Girls are silent when over 3,000 Nigerians die at the hands of the herdsmen and hundreds of Shiites are persecuted in Kaduna.

Our silence, especially from my generation that recycled Buhari into power, has been deafening. That’s why we win the title for the craziest political statement of 2016!

So that’s my list of the top 10 craziest political statements of 2016. Did we miss anything? Was the ranking order correct? Should Solomon Dalung still have a job? Do you think the time spended on this article was properly spended? Should the Army be rearing cattle? Do you deserve to be #1? Let me know your thoughts below.