Nollywood actress Tonto Dikeh, following rumors of her marriage being in trouble, has removed her husband’s last name “Churchill” from her Instagram page which she added 15 months ago when they got married.

The actress also took down “Mrs” and “Yummy Wife/Mom” which she had displayed on her Instagram bio. 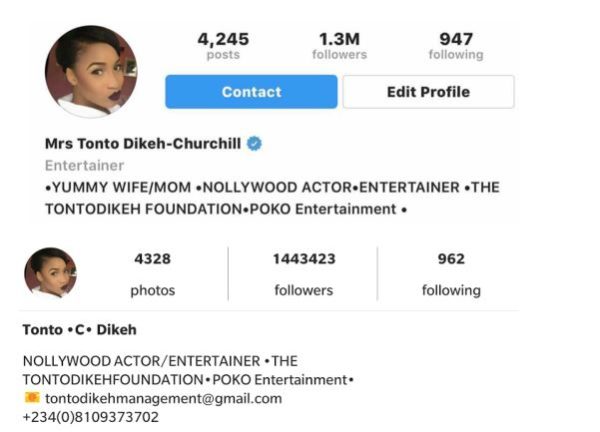 There has been no official statement yet from the involved parties.

Related Topics:churchillInstagramtonto dikeh
Up Next

It’s Never too late! Nollywood Veteran Kanayo. O. Kanayo Goes Back to School to get a Law Degree

See Photos of MBGN 2015, Unoaku Anyadike as She Heads off to the 2016 Miss Universe Competition