Yetunde Olasiyan: Between Having a Voice & the Need to Show Off on Social Media 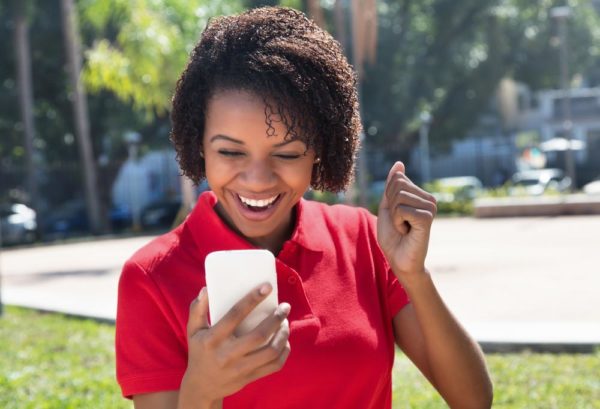 Are you living your life for ‘you’ or for other people’s opinion of you? Are you trying to earn bragging rights for empty instances of your life? Are you trying to convince everyone that you are living the life of your dreams, when it is actually far from true?

As human beings, at one point or the other in our existence, we all seek validation. Everyone loves to be seen and heard.
Since the advent of Facebook and other social media applications, being seen and heard just moved to another level. It has gone way overboard, such that most people have lost touch with reality. They live under illusions, wishes and hopes.

Where do we really draw the line between trying to be heard and showing off? How do we differentiate between reality and vanity – when many have virtually lost touch with reality in a bid to keep up with the Joneses.

Have you been at a church wedding where the sermon was going on and people were outside taking pictures with their expensive gadgets? There are some who are even daring enough to take pictures right inside the church. At that point, they don’t care about enjoying the event, because showing off to people is better than being present there

But why is it that the first thing that comes to mind after dressing up for an occasion is how to upload mixes to social media?

Is it an attention seeking disorder to want other people’s reassurance that we look good or that the clothes we wear look good on us? Or is it an insecurity issue?

Why is marriage a competition on Facebook? You will see people uploading their wedding pictures on the same night they are supposed to be tired and be in bed.

What is the brain behind all the long names? Who is competing your spouse’s name with you that you just have to put everything out there? Sometimes up to four names. For example, Yetunde Olasiyan Adebayo Phillips. What does that mean? Some who try to be modest go like this: Yetunde-Adebayo Phillips.

Is Facebook a form of official page where you must do a change of name? Even our official change of names don’t look anything near this. It is strictly your name and new surname.

With the way people churn out beautiful messages and poetry lyrics to their boo and bae on Facebook, they give me a run for my money. Why? Because so many writers have now evolved on Facebook with the almost perfect way they write out these inspirational messages. I am talking about a full page of tributes.

If everybody’s boo and bae is this perfect on social media, who then owns those ones who are mummy’s pets, those that beat their wives or those who act like garrison commanders in their homes?

I’m not writing a tribute is bad, but what is the motive behind it? Is it to truly appreciate your spouse or to pretend to the whole world that your spouse is almost faultless?

Then why is it a problem when your post doesn’t get many likes or comment and you get resentful against those who weren’t loyal enough to support your appreciation of your spouse. Those silent resentments are very real though unspoken. You hear things like ‘ he/she has never liked my posts, I won’t like his picture too’.

Having everybody know that we have visited ‘the abroad’ isn’t even the big deal but when we do not know the limits at which putting pictures at the restaurant, on the street of DC, in the swimming pool(of probably your neighbour ) becomes a little bit distateful and no longer appealing.

But before you say, “go and argue these points with your village deity. What concerns you with other people’s habits anyways?” Aren’t we all guilty one way or the other? If we all do the same thing in an attempt to be different, don’t we all end up being the same person in the process?

Of course, there are wonderful talented people on Facebook who are wordsmiths and are role models. That’s one positive thing. These people share inspiring and revelational thoughts that brings healthy discussions.

Asides this, aren’t we gradually turning into a profane people? Aren’t we gradually projecting false personalities?
A place where I worked had banned its workers from accessing Facebook during office hours. The connection was even suspended such that you could not access certain social sites except check and respond to your mails. It was discovered that good quality productive time was spent on the internet.

Why is it that instead of people to help accident victims or someone undergoing jungle justice, people would rather stand and take live videos and photos?

During my mum’s burial(she died young and it wasn’t a celebration), I was shocked that some people were moving up and down in front of me and my siblings, trying to take our pictures. We were looking so sad and forlorn; yet, they kept brandishing their IPads and tabs just to take videos and photos. They kept distracting and blocking my view.

We even had to tell one of them to go and sit down.

What about you? What do you do on social media?

Mimi Osakwe: 9 Things I Learned From Planning My Wedding