Lara Popoola: Nigerians Get Depressed Too! 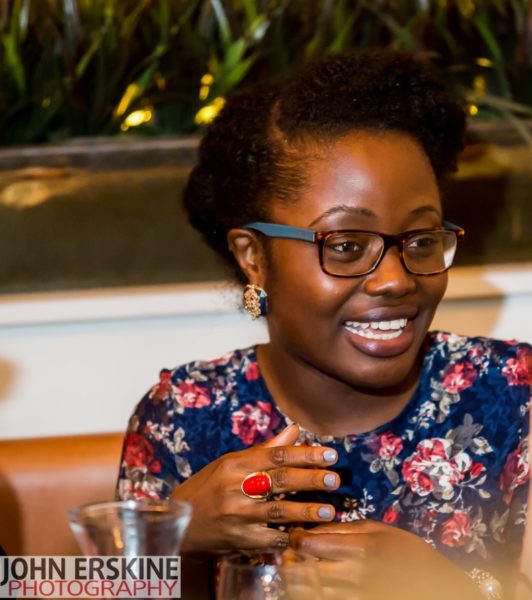 Recently, I have noticed a lot of online and personal conversations about depression among Nigerians. I am glad these conversations are happening because for the longest time, I felt that we cloaked ourselves with a garment of fabricated immunity. Common remarks about how strong and resilient we are as Nigerians, combined with the casual negligence that plagues many facets of our country have contributed largely to the downplay and ignorance of depression as a serious mental illness.

I knew I had to write this article after I attended an event where a comedian joked about a depressed Nigerian man’s failed suicide attempt from the second floor of a building, compared to the American man who went to the 50th floor to show that he was truly depressed, and more serious about killing himself. I thought the joke wasn’t funny, because it highlighted a lack of sensitivity to such a serious issue.  I turned to my friend and said “people actually suffer real depression in Nigeria and every suicide attempt should be taken seriously”. Sadly, my voice of concern was quickly lost in the rapturous laughter from the audience. Perhaps I was too critical – maybe he understood his responsibility as a comedian to use his jokes as a means of underlining the unspoken realities of our society which we would rather shroud in silence. Nevertheless, I am sure that in every joke is a speck of truth which should not be easily dismissed.

That wasn’t the first time I had heard such a blasé comment about the legitimacy of Nigerians suffering depression or feeling suicidal. Statements like “we can’t afford to be depressed o, we are a happy people”, “don’t be like these oyinbo people who are depressed about everything”, “Just snap out of it and be happy”, “you have everything in the world going for you, what is there to be depressed about?”, “you are too young to be depressed”, “there are people going through worse, so just get over it already”. I could go on but I’m sure you get the gist.

I remember being at a gathering with some friends, discussing various life issues, when one of the guys mentioned that he didn’t want any more children because he dreaded a repeat episode of the post natal depression his wife suffered after the birth of their only child.  Out of the blue, someone made an unwitting comment about how it is amazing that women in Nigeria don’t suffer post natal depression because they have untold strength, and are often too consumed with the humdrum of day to day living to be depressed, unlike western women. After all, in the days of our forefathers, women had their babies in the morning, went to the farm in the afternoon and came home to cook for their families in the evening – something along those lines. I didn’t know what to make of such contribution – whether to accept it as a tribute to the supposed strength of Nigerian women, or object to such sentiments which undermine and suppresses the real struggles that many women experience in Nigeria.

I am no mental health expert, but it is a cause worth lending my voice to. I think we’ve had one too many depression related suicide reports in the last couple of months to warrant enlightened conversations and emphasise the following facts:

Depression is a mental illness
Depression as a serious mental health disorder affects a person psychologically, biologically and socially. It causes people to experience depressed mood, loss of interest, feelings of guilt or low self-worth, disturbed sleep or appetite, poor concentration, etc. It is not the same as feeling sad or going through a rough patch – let’s be real, we all go through periods of feeling down. However, a person suffering from depression will often experience intense emotions of anxiety, hopelessness, negativity and helplessness for weeks or months, instead of just a few days. There are different types or subtypes of depression, including: mild depression, major depression, bi-polar depression, post-natal depression and psychotic depression. Find out more here

Depression is not a white man’s disease
There is an unmistakable impression that depression is a white man’s disease and only a luxury that the rich and sophisticated can afford. Feel free to hazard a few guesses on how we arrived at this conclusion, but it simply makes no sense. The factors that increases the likelihood of depression are not culturally or geographically bound. Abuse, genetics, serious illnesses and major events such as the death of a loved one, unemployment, relationship breakdown, retirement and birth of a child are life experiences that cuts across the globe.

Therefore, it is sensible to conclude that depression doesn’t care whether you are white or black, Hausa or Yoruba. It doesn’t discriminate against gender or age, neither does it acknowledge religious beliefs or academic qualifications. To continue believing that it is a western illness will be grossly negligent of us as individuals and as a country. As we note the increasing report of suicides and depression in Nigeria, we must educate ourselves to ensure that we are aware and equipped to provide support.

Nigerian men suffer depression
A woman might have an easier time admitting she’s depressed because she is renowned for her bag of emotions. On the other hand, a man in our incredibly patriarchal society is more likely to put his pride & ego before all else, no matter the cost. Imagine the perceived shame that comes with him admitting he is depressed, and the obtuse remarks from his friends asking him to ‘man-up’ or encouraging him to drink away his sorrows.

3 years ago, I received the message that a friend of mine had lost her dad. I wondered what made a Nigerian man in his mid-fifties with a wife and 3 kids throw himself at oncoming traffic. The same way I wondered about the death of another man I heard about. His wife found him hanging in their living room one afternoon, 6 months after he had lost his job and the death of his 2nd child. She later claimed that her once teetotal, gentle and hardworking husband had suddenly picked up a drinking habit, slept all the time and became very withdrawn. His family claimed their son had been charmed by a business partner. I suspect amongst other things that he might have been a man suffering depression, who lacked the appropriate care and attention needed for his recovery.

So, where do we go from here? Firstly, we must acknowledge that enduring any kind of mental illness is hard enough. Therefore, we must discourage all kinds of stigmatisation, insensitivity and educate ourselves on how to identify and support a family or friend going through depression. Lastly, mental health awareness campaigns and investment in mental health facilities and education will go a long way in addressing and overcoming many of the challenges experienced by mental health patients in Nigeria.

Have you suffered depression or know someone who has? Share your story and educate BN reader.

When I’m not negotiating contracts from 9-5, I’m daydreaming about my next travel adventure, working on my podcast which will be launched in Jan 2018 and writing my first book. I love reading, teaching my Sunday school kids and spending time with friends - indulging in good food and conversation. I am passionate about young people having access to good education and currently serve as a School Governor in my local authority. I’m currently seeking opportunities to work with corporate and government organisations in Nigeria on social development, especially education. For now, you can contact me at [email protected]