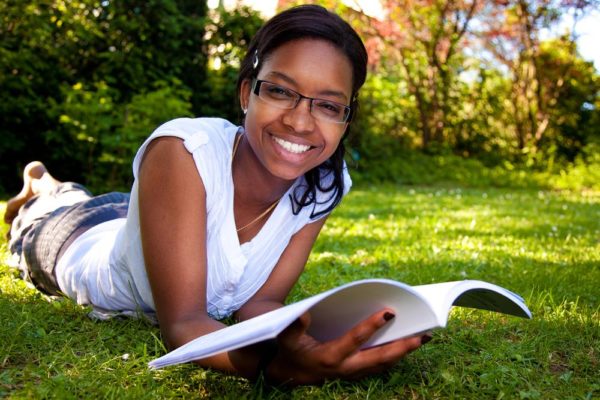 How convenient is it to be in two different countries in less than 24 hours? This is one of the many benefits air travel accords you. However, this article is less about flying by air, and more about my different life experience in England.

I have been home for a month now. ‘Home’ is truly where the heart is, and no doubt, I am not one to live outside the shores of Nigeria… regardless of how hot the social and economic climate seems to be. Yet, it was a privilege to experience a different kind of life other than my reality; so when people ask me how my experience in the UK was, I simply say, ‘I lived a different life’.

First day of class, October 2015. 15 students: 12 Chinese, 1 French, 1 British-born Jamaican and me…the Nigerian. I was the real minority – not the combination of us three, me, the French and British born Jamaican.

“How did you learn to speak English?” Clair asked. “My country was colonised by the British and English is our official language. How didn’t you know that?” I hope she sensed some sarcasm in my voice. In my head, I meant to ask if she paid attention in her history class. I thought the British had a catalogue of countries they had colonised?

On some days, I would feel tormented, especially when I was asked to narrate my personal experience with Boko Haram. This was a purely wrong narrative, which even my teachers had about terrorism in Nigeria. You could see the disappointment in everyone’s faces when I told them I did not live in the part of Nigeria affected by Boko Haram. I further defended myself, by telling them what my local news reported, and how the government is tackling the situation.

To my classmates, I was from another African country that needed the intervention of the West, or even Asia. I soon got a lot of attention; not necessarily in a bad way, it wasn’t in a good way eithe. Somewhere in-between, being Nigerian was news.

I joined an English writing class. When I entered the class on the first day, I could have sworn that I was in the wrong class, ‘is this just for Chinese students?’ I was confused but even more determined to stay put.
The big joke was that my teacher was Polish with a thick accent, and asked if I had a nickname – because she could not pronounce ‘Obianuju’. “No, I don’t have a nickname” – knowing fully well that my friends back home called me Uju. I’d rather remain Obianuju to my teachers.
Ms Grey asked me, “So, when you open your window what do you see?” I could have sworn the look she had one was of enthusiasm. “I see bushes” I replied, again for the fun of it.
“So do you live with wild animals, like lions and zebras?” For a second, I was unsure whether to make a joke out of it or just say ‘no’ – which I eventually did. Only that this time, I was patient enough to explain that unfortunately for the both of us, I have never seen a lion or zebra or any animal of that sort, but I could tell her about my puppy Jack.

Few weeks after I had settled into school, I joined a Nigerian church. The church reminded me of home and was one of the reasons I remained attached. I soon made Nigerian friends and missed home a little less. In my bid to make some more money for myself, I braided hair and saved enough money to bring back home, knowing how the exchange rate worked in my favour. Amongst the Nigerians I had met, our conversations centred more on the Nigerian economy. In this regard, we all had the same experience, so I could relate with the anger any Nigerian student feels when foreigners think we came to the country for free, or we are some ‘sorry case’ seeking help in their country.

I became interested in British T.V. I followed news reports from the BBC, CN and ITV. I laughed when the word ‘abroad’ was used to describe a country outside the UK or Europe; in my county ‘abroad’ was synonyms with America, UK or the West in general.

I followed the events around Brexit and how it affected not just the UK but other parts of the world. I even questioned people who wanted out and why they felt foreigners where taking their jobs. In the UK, your landlord is more likely to be Asian. Pardon my blaming a lot of actions on racism, but it was evident in the decision to exit the EU. It was also evident that some decisions should not be left for citizens, hence why we have representative government. I battled with the sort of problem coupled with those encountered in my home country. Surely, there is no perfect government, no matter how developed a country is. Britain made me accept this fact.

My class was competitive, I felt everyone knew more than I did. I was at a disadvantage being from a different educational orientation even though I schooled under the ‘British standard of education’, something was missing. I had not learnt to learn on my own, I had been trained to study to pass examinations and so I had to work twice the effort in order to match up with my class mates. The say Africans are intelligent and excel when they study abroad, and that is only because we are resilient especially when we are faced with a challenge similar to what I faced in school. In January 2017, I graduated with a Distinction, best in my class and best dissertation. The struggle paid off.

Freedom indeed comes at a price. I was many miles away from home. I could literally do whatever I wanted; however, I was faced with the reality of making the choice to either make my stay in the UK count, or let it pass by without me taking advantage of it. I learnt to be independent, more independent than I was back home. I learnt to treasure my time and energy, to plan my finances and make memories… to GROW UP!

I enjoyed travelling, but, I never travelled for leisure. I travelled for work (I can swear my friends reading this will laugh at my concept of work). I was a waitress for a hospitality agency. A BA holder and an MA student ‘carrying’ plate. But all my degrees and qualifications flew out the window as soon as I wore my apron. The job kept me busy. Did I try to apply for more befitting jobs? Yes! But I had limited time on my visa for a real job, and I really didn’t plan on working in the UK anyway. However, I learnt humility, and from that moment on I appreciate everyone who serves me. I mostly worked at the Jockey club races, which I remembered reading about in story books while growing up. It was an experience to witness a horse race, I thought to myself how powerful stories were and how by reading. I could relate with my present reality. It made me wonder whether kids these days read more of Chimamanda Adichie than Daniel Steele or if they will feel as excited as I did watching Things Fall Apart with my British friends… almost spoiling it for them by saying what comes next.

In 18 months, I had formed an opinion about the world at large. I met more people from different countries than I may ever meet in my lifetime, from countries I never knew existed. I have a story to tell about them all:  how all through my stay I struggled to call my lecturers by their names rather than titles. My Kenyan friend once asked me if I had heard the Nigerian song ‘bad gang’. There’s also the story of the Indian landlord who duped us of our house deposit; the Jamaican couple I met who decided not to have kids but many cats.  Stories of the minor accident I encountered while travelling from London to Leicester, of how I referred to a Vietnamese as Chinese because, well..they all look the same to me.

I am equally sure they have a story to tell about me. The stories help us make sense of our world and in one month of being home, I am still telling stories of my ‘other life’ in England. Now a new story has started for me in Lagos, one I cannot wait to share, it is about how I lost my old life and started a new one.

(NB: No real names were used)

Titilola Edu: Why Do Men Keep Quiet About Domestic Violence?

Florida Uzoaru: Nothing Wrong with My Child Seeing Me Naked