"When you give black voices a platform and the opportunity to tell our story, we will tell good stories " - Jordan Peele "Get Out'' Director Speaks to THR 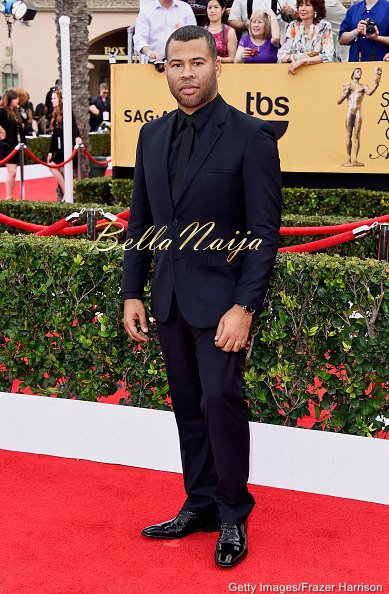 The Hollywood Reporter sits down with Jordan Peele, Key & Peele star and director of breakout horror hit, Get Out, who’s being honoured as CinemaCon‘s director of the year, in this week’s issue.

In the interview, Peele spoke to THR about why he’s giving up sketch comedy for good to focus on directing and what Hollywood has learned from this year’s breakout black films.

Read excerpts from the Interview below:

On what Hollywood should learn from black films

I think the lesson is that when you give black voices a platform and the opportunity to tell our story, we will tell good stories just like anybody else. The power of story and the power of a well-crafted film or television show is really all you need to speak to people. I think Hollywood is sort of catching up to that.

We’re at the beginning of a renaissance where people are realising black films can not only work at the box office, but they can work because there’s been a void. Get Out is fresh and novel and new because at the base level it has a black, male protagonist in a horror movie. It is no mistake that the iconic image from this movie is Daniel’s face with tears streaming down his cheeks. We haven’t seen that before. Usually in horror movies — as in Blair Witch — it is the white girl’s crying face.

On why seeing Get Out in a theatre is a must

I think one of the reasons Get Out spoke to the CinemaCon judges is because that experience is the point of the movie in many ways. Let’s say the audience is half black and half white. During the first half of the film, you can tell the two are having slightly different experiences watching it. By the second half, everybody is cheering for the same character, for the black character. It creates a common ground for a discussion about racism.

On why he turned down SNL

I had to turn it down because of contractual reasons [with MADtv]. That was brutal. But it was also a great lesson for me: During the lowest times, the best things can be born. That’s when I started asking myself questions that led to writing Get Out.

I want to focus on writing, directing and producing. There is a feeling of opportunity that is truly amazing. I’ve been in Hollywood for 14 years — 14 years of closed doors and the grind. So to feel the energy coming from inside the industry, let alone from the country, is just one of the best feelings. Luckily I have reps that can help me sift through all of the opportunities. But I really want to continue to nurture my own voice. I love writing, so I’m not in any rush. I am a huge fan of Quentin Tarantino, who takes the time to figure out what his next movie is.

Jidenna is in Lagos! Get the Scoop on his “Album Versus Singles In The Digital Era” Interactive Forum happening TODAY

Is Posh Spice Back? Victoria Beckham will be Doing “Carpool Karaoke” with James Corden