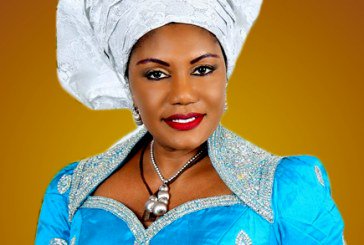 The first lady of Anambra State, Mrs Ebelechukwu Obiano, on Saturday promised to partner with the National Council for Women Societies (NCWS) to address harmful practices and inequality against women.

She made the promise in Onitsha on the occasion of installation and reception for her and other daughters of the state organised by the Anambra chapter of NCWS.

NAN reports that as the new patron, she pledged to work with the society to achieve its goals and objectives.

I promise that my husband will use his office to ensure the emancipation of Anambra women, gender equality, development of young women and the girl-child. Having understood the charter of responsibilities, the goals and objectives in coalition of women societies in Nigeria, all we can do is to support them in all possible ways to achieve their objectives,” she said.

Receiving her award, Shoda said women should have equal rights with the men in education, governance and inheritance.

Nigeria is talking about equality between both genders. Women are not asking for the headship of the home, but women are talking about equity. We want to also sit in Aso Rock; we want to be governors and deputy governors in the states. We want it to be the same, if women are governors let the men be deputies. If a woman is the president, a man should be the vice.

Men have done it for so many years but that does not mean that there are no women that can occupy these positions. The equality we are talking about is that women should be given the right particularly in the East and South-South region to inherit their father’s property in whatever percentage,” she said.

The Anambra NCWS chapter president, Oby Obodozie also lamented the non-representation of NCWS members in governance in the state. She concluded by listing other challenges in the chapter to include, lack of funds to run programmes, lack of land to build the state NCWS secretariat and non-sponsorship to international conferences.