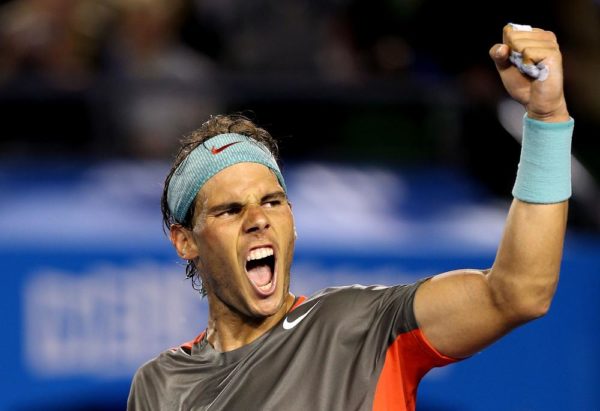 World number seven, Rafael Nadal fought back from a break down in the first set but went on to win Belgium’s David Goffin 6-4 on Saturday to reach the final of the Monte Carlo Masters.

According to BBC Sport, the chair umpire, Cedric Mourier, examined the wrong mark and incorrectly called a long Nadal shot in, which handed the momentum to the Spaniard. At the end of the match, the crowd booed Mourier and a dejected Goffin did not shake the umpire’s hand.

Nadal said after the match that he was very happy to be in the final of such an important competition, the first of the season on clay. He added that he found a way to create some damage on David.

Compatriot, Albert Ramos-Vinolas, stands between him and his 10th Monte Carlo Masters title in Sunday’s final.

It will certainly be a tough final; Albert has beaten Andy Murray to be here so I will have to play my best to win. He is playing fantastic at the moment”.

Funke Akindele-Bello & Her Crew harassed by Miscreants while Filming | Watch