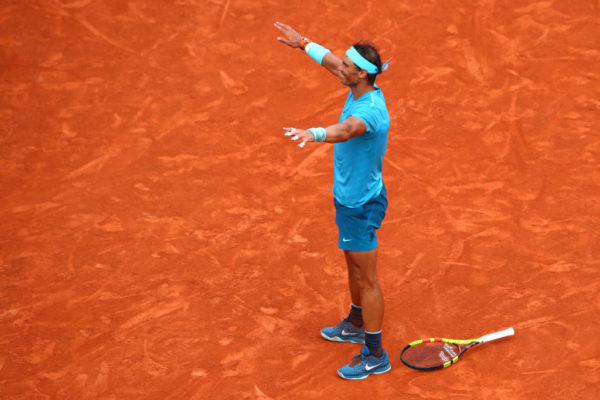 Rafael Nadal has for a long time been the King of Clay, but he’s taken his dominance to new heights with his 11th French Open win.

Speaking after his win, Nadal said:

I had to be very aggressive, he’s a very difficult opponent. I had a tough moment in the third set when I had a little bit of cramp. I was a little bit scared. But that is sport. It was very humid and he pushed me to limit.

I’m very happy to win the tournament. I played a very good match today. Well played to Dominic. He’s a good friend, one of these players the Tour needs. I played my best match today, in the final.

He has now taken his total Grand Slam win to an impressive 17, inching closer to Roger Federer‘s 20.