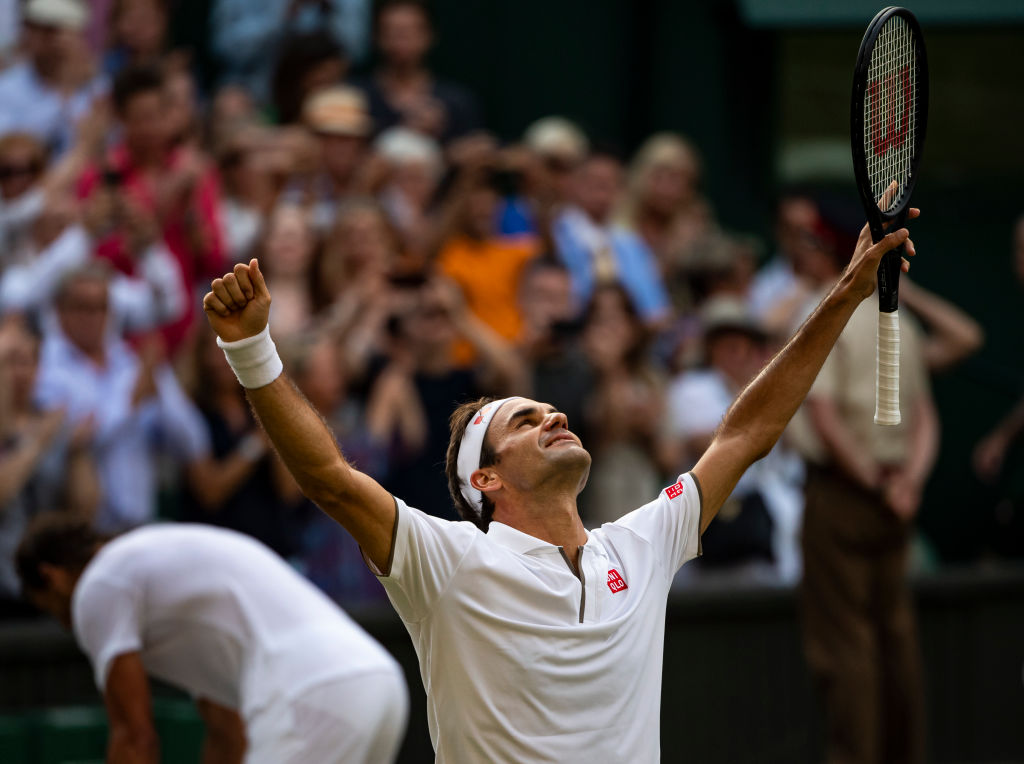 LONDON, ENGLAND – JULY 12: Roger Federer of Switzerland celebrates his victory over Rafael Nadal of Spain during Day 11 of The Championships – Wimbledon 2019 at All England Lawn Tennis and Croquet Club on July 12, 2019 in London, England.

People were looking forward to the meeting between two of the men widely considered among the greatest to have played tennis. Roger has so far reached his 12th Wimbledon final and he is the oldest Grand Slam finalist since Ken Rosewall, then aged 39, reached the 1974 US Open final.

Speaking with BBC Sport, Federer says “I’m exhausted. It was tough – at the end Rafa played some unbelievable shots to stay in the match.”

“I had spells where I was serving very well and probably the biggest points in the match went my way. That first set was huge, to get the lead and try to protect it. It was a joy to play.”

Federer will meet Novak Djokovic at 14:00 BST on Sunday.

Rafa Nadal has also congratulated Federer on his win;

Amazing match well deserved win by @rogerfederer I had some chances but… Roger played better. Good luck for the final @Wimbledon 2019. Thanks all for the support. Always fantastic to be here. See you next year! ?

Adeleke Family accuses PDP of Not Keeping Promises to Them