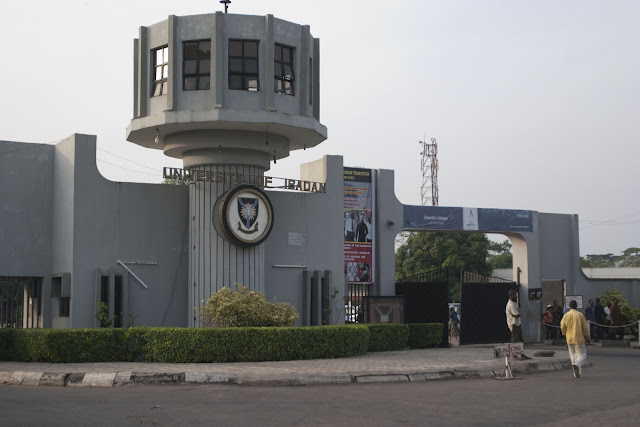 Residents of the Obafemi Awolowo Hall (female hostel) in the University of Ibadan have narrated how armed robbers invaded their hostel, taking away their phones, laptops, and other valuables.

According to the stories shared, the robbers arrived at the hostel at about 1am on Friday and the robbery lasted for over an hour.

Punch reports that the Director of the Public Communication of the institution, Olatunji Oladejo, confirmed the development. Oladejo said:

The unfortunate incident happened around 1:30 a.m. as 10 gunmen invaded the female hostel. They injured two students who were later rushed to our Jaja clinic for treatment.

Our Campus Security Service with combined efforts of the policemen from Bodija, Sango and Ojoo and Operation Burst rushed there but the thieves had escaped.

My block was not affected, it was only Block A, B and C. Around 2:00 a.m., the thieves entered the hall, the seven of them, all males were armed.

They were so familiar with the hostel, and they took people’s phones and laptops. A lady was assaulted with a sharp weapon and was sustained a deep cut. She has been rushed to Jaja (the university health centre) for treatment.

The thieves threatened that they were coming back later. Our security men only came after the armed robbers had left.

The school should provide us with proper security. They should employ uniformed and armed men who can protect us, not just people with whistles.

I want to believe that the ban of bikes is the cause of the current security problem. Since the ban of the bikes, the rate of robbery has increased.

Read some of the stories below:

Around 1am today, the Awolowo Hall female hostel in UI was attacked by robbers.

Over 8,000 girls.
Running for their lives at night.
Jumping down balconies.
Many of them stabbed, injured and broke their legs.

The school is trying to cover it up.
Pls RT and tag till someone acts. pic.twitter.com/PyRalfT5Kr

This is what someone just sent to me.

These are what the victims were saying.
Girls that only went to school to acquire a degree. What sort of madness is all this? And nobody is bothered.

They are just hoping that those girls will keep quiet, say nothing and “move on”.

Many of those girls have had to run from Awo Hall UI to find somewhere else to sleep for tonight. They are scared to the marrow and still are in shock over the attack. Please let’s do this for them.

Contrary to reports saying this was a one-off “burglary”.

A lady just sent in her account of the event as well. This robbery and attack happen EVERY YEAR.

The school has been covering it up.
Student keeps quiet because they may be rusticated.

And even more stories: pic.twitter.com/S5RUcfqb3I