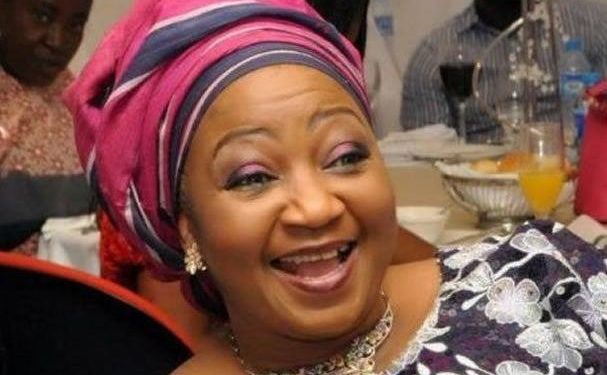 58-year old Funke Olakunrin, daughter of the Afenifere leader, Reuben Fasoranti has been killed in Ondo.

Funke, who is the second child of the 94-year old leader of the Yoruba group, Afenifere, had been travelling from Akure to Ore when her vehicle was attacked alongside others, and she was shot by armed robbers.

According to Punch, the Yoruba Group made the announcement through its spokesperson,  Yinka Odumakin, who said;

“We have confirmed the death of Mrs. Funke Olakunrin, daughter of our leader, Chief Fasoranti. Eyewitness accounts say she died of gunshots from Fulani herdsmen who shot her at Ore junction in Ondo State earlier today. She was coming from Akure when the armed Fulani herdsmen came from the bush to attack her and other vehicles. Her domestic staff in the car with her also sustained gunshots. This is one death too many and a clear we-can-take-it-no-more death.”

The Nation reports that The Police Public Relations Officer (PPRO) for the State Police command, Femi Joseph, confirmed the incident. Contrary to the claim that the attack was carried out by herdsmen, Femi said that the suspects were kidnappers who also engaged in armed robbery.

He said: “Information available to us is that suspected kidnappers who were 16 in number ambushed the three vehicles at Kajola. The three vehicles were said to be going to Lagos and they were all attacked. The police shot on one Funke Olakunrin and she was confirmed dead immediately.”

He also assured everyone that the victims would be rescued in no distant time.

Speaking on the unfortunate incident, The Governor of Ondo state Rotimi Akeredolu, has sympathized with the Afenifere leader, and urged everyone to remain calm.

In a statement released, he said, “On behalf of the State Executive Council, the Governor sympathizes with our foremost leader and indeed the people of the State over this dastardly act .

“However, the governor wishes to appeal to all and sundry to remain calm and allow the Police to unravel the perpetrators of this murder. Already, the Commissioner of Police has been directed to comb all forests of Ondo State to bring to book, these bloodthirsty murderers. There is no hiding place for such in Ondo State.”

President Muhammadu Buhari has also condoled with the grieving family and directed that security operatives begin operation to arrest killers of Funke Olakunrin.

In a statement released by his Special Adviser on Media and publicity, Femi Adesina, the president ‘prayed that God will comfort Pa Fasoranti, and give him the fortitude to bear the grievous loss.’ He also directed security agencies to swing into action, and bring the hoodlums to justice in the shortest possible time.