In this video by Women in the World, Planned Parenthood president Cecile Richards and celebrated Nigerian author Chimamanda Ngozi Adichie share their thoughts on the new wave of feminism – even in the Trump era, at the Women in the World Summit in New York City. 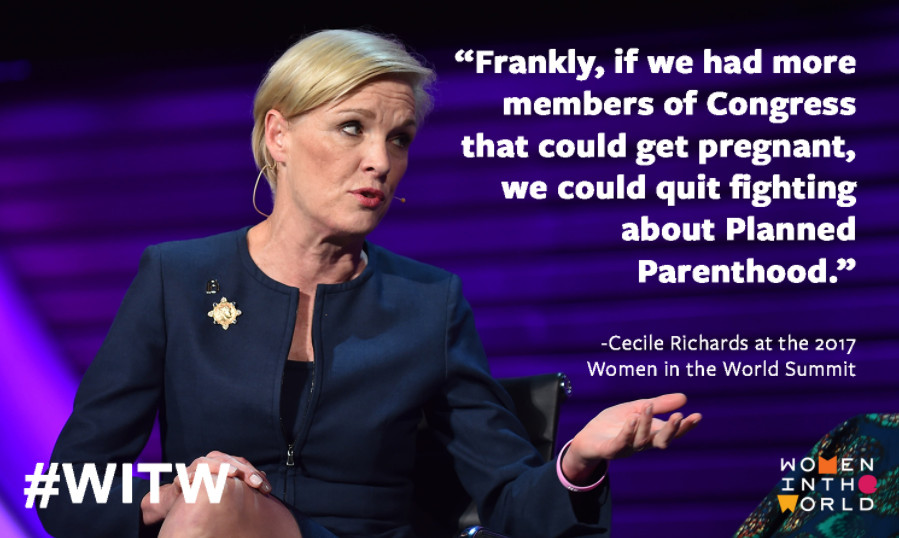 Richards said in the words of her late mother, Texas Governor Ann Richards: “If you’re not pissing anybody off, you’re doing something wrong.”

Involve men and boys in the fight for feminism

Richards, who has three children, says her son Daniel “is every bit as feminist as his [two] sisters.”

“He was the Vice President of the Reproductive Rights group at his college. I see so many fathers and grandfathers marching for women’s rights, things are changing in the way men think about feminism, I think.”

‘Feminism Lite’ is “the idea of conditional female equality”, says Adichie.  “It’s that you’re not equal to a man, a woman’s wellbeing depends on the benevolence of a man. “That’s more dangerous than not being a feminist, I think.”

Change the way we think about masculinity

Teach your kids to stand up and fight

“Women are ‘woke’ in this country and it’s awesome to see,” said Richards. “Women didn’t just march. Women have a sense of self-worth and women are more engaged like I have never seen in my lifetime.”

“Feminism cannot be a passive identity,” adds Adichie, “It has to be something we stand up and fight for.”

BN TV: Watch Precious Richard-Okon Talk about the things She Misses the Most About Being Single in a New Episode of “The Iyabeji Show”