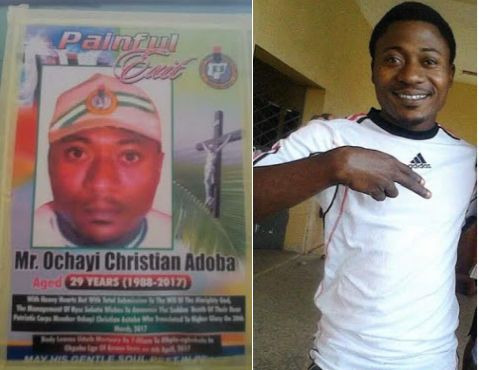 Abubakar made the disclosure in Sokoto on Friday, during the passing out ceremony of 1,411 corps members deployed to the state under the 2016 batch “A”, Stream One.

“The late corps member was serving at the Government Secondary School, Tsamaye, Sabon-Birni Local Government in the state.

The deceased was resting after a football match between the various batches of the scheme, suddenly he just collapsed and died.

His remains were brought to the Usmanu Danfodiyo University Teaching Hospital, Sokoto and it was  confirmed that he died of heart failure,” Abubakar said.