A photo is currently circulating social media of an alleged response by Adamawa State government to a Freedom of Information (FoI) request on how the state spent the first tranche of the Paris Club Refund it received from the Federal government last December.

The request was made by one Aliyu Hamman Tukur Gengele of Anguwan Fada, Mayo Belwa Local Government Area of the state and addressed to the Secretary to the State Government, Buba Bindir

Gengele’s letter titled “Freedom of Information Request on Paris Club Funds Implementation in Adamawa State,” asked that the government provide details on how much was received, how it was spent, and how much is expected in the second tranche as well as what it will be spent on.

The response on the letter read:

“Yours above refers. However, since your request is based on Freedom of Information Act 2011, I regret to inform you that we are not obliged to comply since the Act has not been domesticated in Adamawa State and therefore, of no effect and cannot be enforced, please. Over and out.”

See the letter from the SSG below:

The tweets that followed: 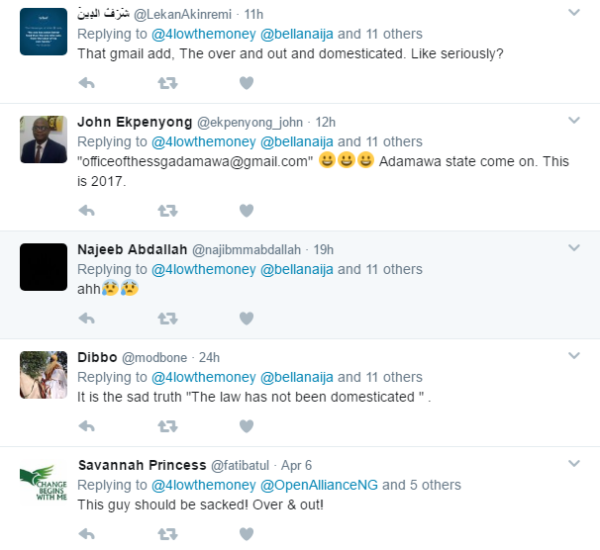 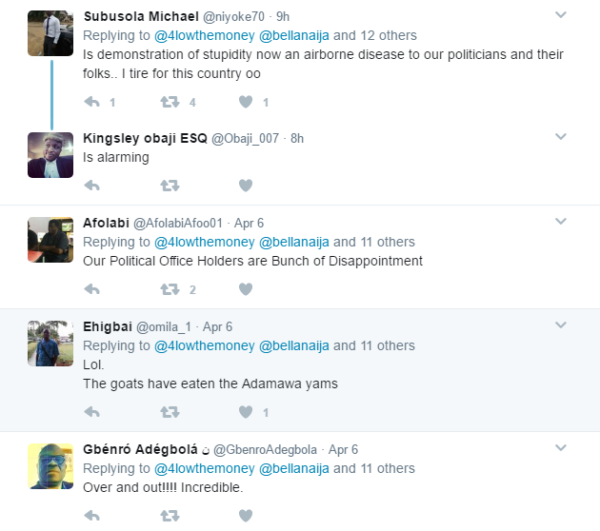 Are You a Young, Talented & Creative Filmmaker? Kick Start Your Career by being Part of Accelerate Filmmaker Project