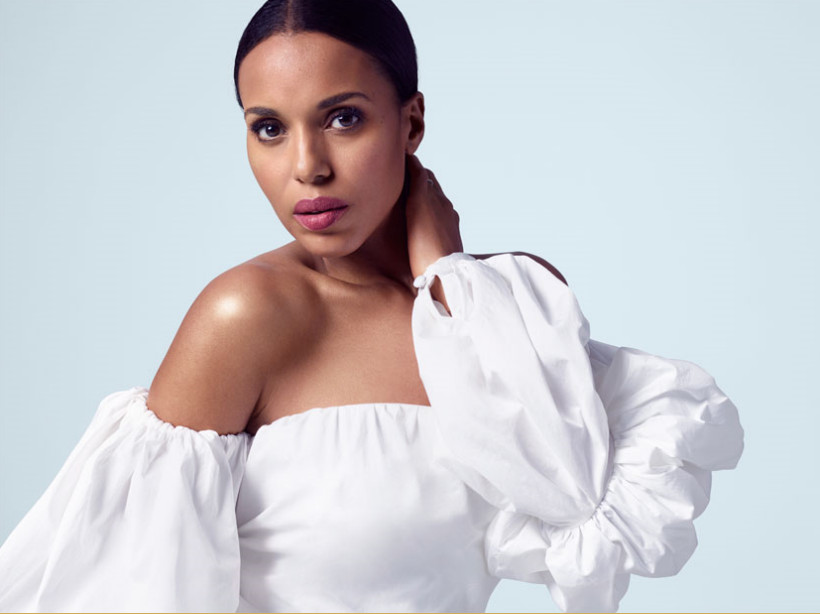 Kerry Washington star of hit TV show Scandal is the cover star for Net-a-porter’s ‘The Edit‘ magazine latest issue. The wife of former NFL cornerback, Nnamdi Asomugha, looked gorgeous in the latest issue of The Edit magazine, published by Net-A-Porter, she talks to Margret Wappler on power and fear.

For six seasons now – a seventh greenlit in February – Kerry Washington has been breathing fiery life into Olivia Pope, the crisis-management queen of ABC’s Scandal a fast-paced political thriller created by Shonda Rhimes. 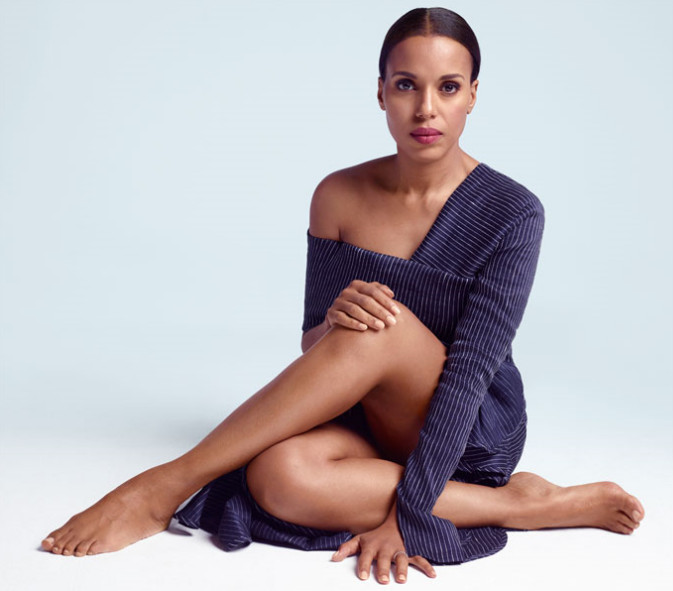 Tucked into a plush air-conditioned trailer during a break from filming the season six finale, Washington reveals the biggest lesson she’s learned from Pope and what it means to her to be fearless.

“Shonda’s got I-don’t-know-how-many shows now, plus three kids, and she just figures it out. However busy I feel, Shonda feels busier, so I’m just going to rise to the occasion. She’s been a real role model. Seeing the community she’s created and the work ethic – I feel like there should be more of this in the world.” The mother of two said about the show’s producer. 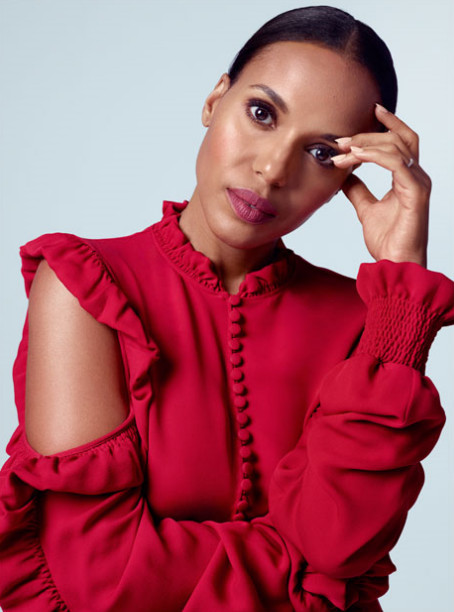 On Power, the actress said, “Power is a tricky currency; we don’t always know how rich we are. Often our sense of power in a room comes from our own internal compass, rather than the dynamics of what’s happening in a room. At times, I haven’t always felt empowered.” But she resists the temptation to place blame. “I felt it’s disconnection from my own sense of power,” not that she didn’t have any. 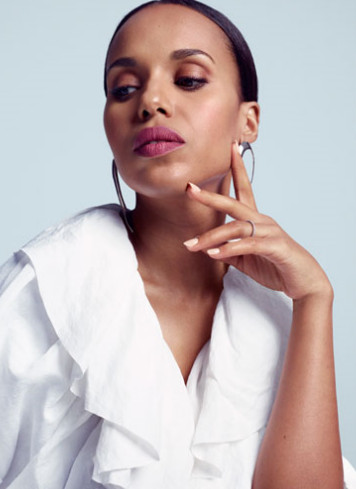