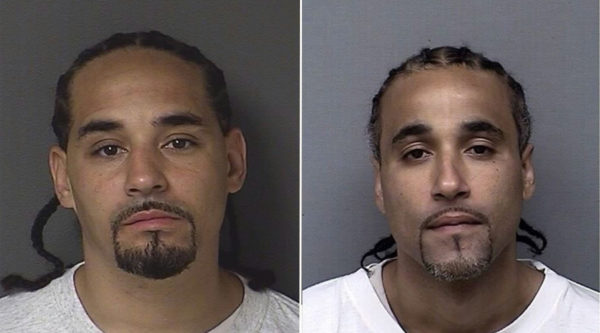 Due to an eyewitness’ wrong identification, a Kansas man Richard Anthony Jones was sentenced to 19 years imprisonment for aggravated robbery in 1999.

After serving 17 years of the term, he was released from the Kansas prison where he was held after a man who bears a striking resemblance with him was found.

Jones was found guilty of a robbery in a Walmart store, although there was no DNA or physical evidence linking him to the crime.

Back in May of 1999, two men picked up a man named ‘Rick’ at a house in Kansas City, Kansas and went to a Walmart to get money for drugs. Once they pulled into the parking lot, ‘Rick’ jumped out of the vehicle, wrestled a woman to the ground in an attempt to steal her purse, grabbed her cell phone, and got back in the vehicle.

All of the witnesses described ‘Rick’ as a Hispanic or light skinned African American, but no one got a good look at ‘Rick’s face. Law enforcement identified the driver of the vehicle. The driver was taken to the police station to look at mugshots in an attempt to identify ‘Rick.’ Law enforcement typed the names ‘Rick’ and ‘Richard’ into their database. After viewing over 200 photographs, the driver eventually picked out Richard Jones.

Witnesses only remembered that the suspect had light skin, so they all chose the only light-skinned man in the lineup: Richard Jones.

He had tried to appeal his conviction but did not succeed.

His hopes were raised again after other inmates in the prison where he was held told him about another inmate, Ricky that looks just like him.

“When I saw the picture of my double it all made sense to me,” Jones said.

He told Midwest Innocence Project (MIP), a non-profit organisation that helps secure the release of people who have been wrongfully convicted, about the development and they took it up from there.

Investigations revealed that Ricky lived near the scene of the crime – Kansas City, Kansas – and Jones lived in Kansas City, Missouri.

Ricky not only has ties to the Kansas City, Kansas community, but also lived at the exact address where the suspect was picked up by the two men in the vehicle back in May of 1999.

Jones’ lawyers also argued that Jones had said he was with his girlfriend and her family at the time of the crime.

After the testimony of several witnesses, including the victim of the robbery, Judge Kevin Moriarty of the Johnson County District Court ordered Jones’ release.

The witnesses testified that after looking at photographs of both men, they could no longer say Jones was the man who committed the crime.

All four witnesses were asked to identify ‘Rick.’ Three of them did not even bother as they claimed that they couldn’t distinguish between the men. One witness did choose who believed to be the suspect — and he chose Ricky. All four witnesses admitted that they would not have been able to tell the difference between Richard and Ricky at the time of the robbery.

The judge said no juror would have convicted Jones based on the new evidence.

Ricky, however denied committing the crime.

Jones’ lawyers said that he was identified after his photograph was picked out of a police database three months after the robbery. They described the list of photos as “highly suggestive,” stating that “None of the other photos matched the description provided by the witnesses.”

A GoFundMe campaign has been set up to help Jones adjust to life outside prison.

See photos of Jones after his release: 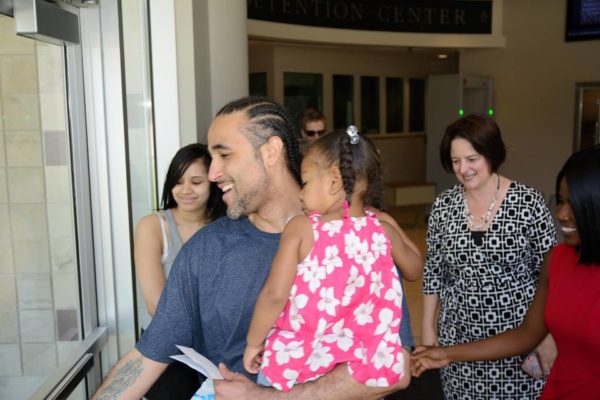 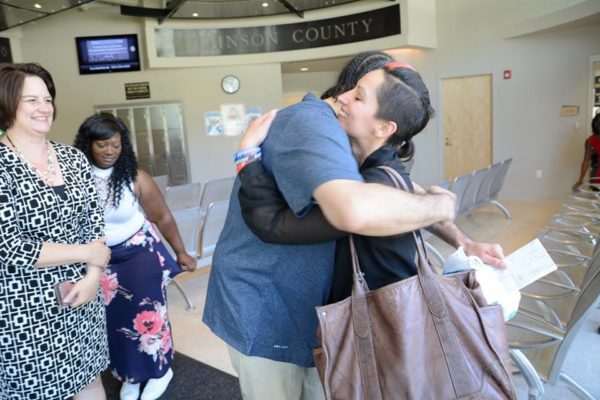 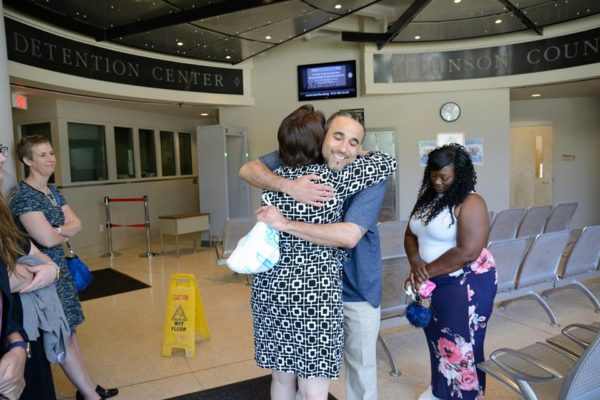