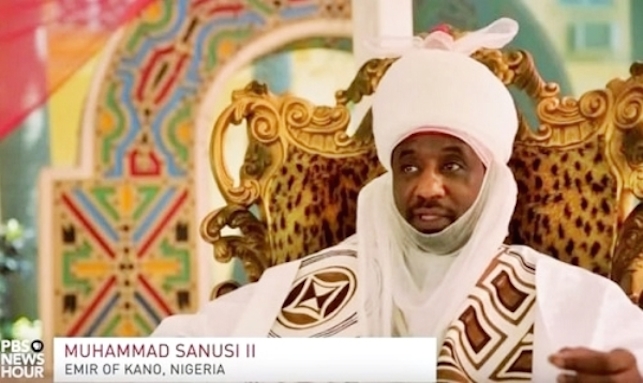 The Emir of Kano, Alhaji Muhammadu Sanusi II, has called for enlightenment of the people on peace and stressed the importance of living in peace with one another irrespective of their religious or ethnic affiliations.‎ Sanusi made the call on Tuesday during traditional Hawan Nasarawa at the Government House, Kano. ‎

‎In his remarks, Gov. Abdullahi Ganduje of Kano State thanked the Emir for his contribution for peaceful, stability and unity in state:

He said that the government and the people of the state are having a cordial relationship with the ‎heads of other ethnic groups. Ganduje added that the state government had completed two hospitals with 500 beds in the state:

We completed two hospitals with 500 beds ‎and we provided them with state of art equipment.

‎He further urged all Nigerians to contribute immensely to the development of the country and pray for the speedy recovery of President Muhammadu Buhari.(NAN)