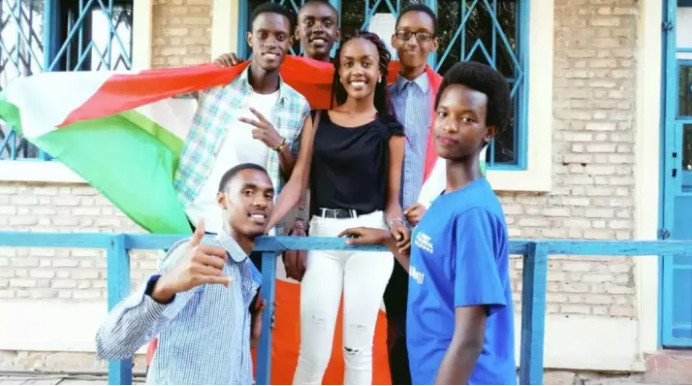 Six African teens – two females and four males – who represented Burundi in the inaugural FIRST Global Robotics Competition, competing alongside teams from more than 150 other countries were reported missing to D.C. police on Wednesday.

The FIRST Global Challenge robotics competition opened on Sunday with a parade of nations and closed Tuesday at around 6:30 p.m. But on the night of July 18, Canesius Bindaba, the adult mentor of Team Burundi reported that he was unable to find the group of six students on the team.

Police posted fliers of the missing teens on the department’s Twitter account, which stated the teens were last seen in the area at 5 p.m on Tuesday, around the time the final robotics matches finished.

However, two of the six teenagers have been found. They were seen leaving the US for Canada on Thursday, DC police told BuzzFeed News. The two were Ingabire and Mwamikazi. The police also indicated that the other four teens were believed to be in safe hands and that the investigation will still continue.

FIRST Global President Joe Sestak when he called the police to report the students as missing said:

Security of the students is of paramount importance to FIRST Global. FIRST Global ensures that all students get to their dormitories after the daily competition by providing safe transportation to the students staying at Trinity Washington University who are always to be under close supervision of their adult mentor and are advised not to leave the premises unaccompanied by the mentor.

Anyone with information is urged to contact Washington DC authorities at 202-727-9099.