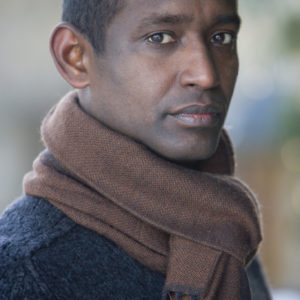 It is intriguing how some people can enjoy and appreciate the solace of their own company without craving the attention of another who holds the promise of love in a relationship.

These are the questions one would ponder over, as they encounter people of this nature. It becomes a sad situation when you find yourself deeply in love with such a person who unfortunately can’t reciprocate your affections.

Having drinks with the guys, hanging out with the girls, making out with strangers without the slightest idea of seeing them again, amongst others, are their ideas of what constitute ideal relationships. It is sometimes their life experiences that have molded their somewhat difficult selves. They would, justifiably, rather be alone.

You are caught up in the confusion of falling in love with such a person and it is almost driving you insane that they do not crave your attention or reciprocate your affection. You are entirely lost because you simply cannot comprehend how someone could be so empty and cruel to you, when all you want is to love them.

“Why doesn’t he ever text me back?”
“Why wouldn’t she even give me a chance?”

You try so hard to convince them to give you a chance but they just never yield to your pleas. You become emotionally frustrated, when all you mean to them is a “Friend with Benefits” and nothing more. They desist from putting any label on what you share – disallowing emotional attachment.

Some of the most popular reasons why some people become emotionally unavailable are:

Previous Heartbreaks
Getting your heart broken by that person you care about is a lesson that hurts very deeply. For them that is the definition of relationships – heartbreak. They believe the promise of love is a lie and will eventually end up in heartbreak. They are not ready to go down that lane and get their heart shattered once more on the basis of some invented force the human race calls love.

The Fear of Intimacy
They see being close and open to someone else as a sign of weakness. They fear allowing another into their world or bringing down their walls will signify vulnerability because in a situation where love thrives between both parties, the evolvement of their world around this person who they love might be unbearable. They fear being weak, dependable or vulnerable because of another.

Narcissism
Some individuals are just egotistic. They rather care for themselves than others. They find it hard to utter statements in “third person” using words like “us” or “we.” It’s always going to be about them. They are really not bothered about any other person. They care less about what people think about them, whether good or bad. They are unbothered about the beauty of love or relationships. For them it’s another activity people engage in to use up time.

Sacrifices
They think about all the efforts and sacrifices they are going to put into a relationship on the long run and already feel suffocated by the thought. They don’t see the worth of putting their all in someone who might eventually hurt them or make them feel unwanted or needy. They prefer these sacrificial efforts be channeled into something they are sure won’t disappoint or cause them pain.

Friends-with-Benefits
It’s all about sex and no emotions for them. They want to just have sex with you without emotions getting involved in the equation. This usually involves two good friends who have casual sex without a monogamous relationship or any form of commitment. That’s all that interests them. Such persons prefer being in a friend-with-benefit relationship than actual intimate relationship. If feelings develop along the way; they will dissolve the union before anything transpires.

Self-Development
Work, career, dreams fulfillments amongst others are priority for some individuals. They will allow nothing come between them and their goals or dreams. They are less interested in distractions such as relationships. They are focused on their work and not ready to compromise it for any reason. This is usually temporal.

High Expectations
These sets of people have their world revolved around fairytales. They want the “perfect” man or woman. They crave someone with the right morphological feature, outstanding career, flawless character, etc. Their reality is based upon concocted fantasies. They raise their bar so high they rather remain forever single than settle for anything below their expectation. They have out-sized expectations of what their “soul mate” should be.

Religious and Cultural Orientations
We are surrounded by different religious and cultural orientations which sometimes cloud our mind consciously and unconsciously and as such, emotionally unavailability could be necessitated by these perceptions. These emotionally unavailable people cancel every notion of emotions, waiting for the right time to have anything emotional, mental or physical with the opposite sex.

Sexual commitments
This is somewhat related to “religious and cultural orientations” only that it is more direct and precise. Some individuals just don’t buy the idea of sex in a casual boyfriend/girlfriend relationship. They will decline every proposal of anything sexual, even when they are deeply in love with the person, with the possibility of losing that person. This sometimes causes their emotional unavailability, because to some individuals love-making is a form of true love and thus, get turned off when their partner doesn’t intend to satisfy this need.

These are some of the reasons why some individuals appear emotionally unavailable despite the continuous effort to attract their attention. It doesn’t necessarily signify any bad intention. It is sometimes a situation of some life experiences, not being interested in a relationship or they are simply not interested in a relationship with that person.

If you find yourself in such a situation with someone who you deeply care about but seem to be emotionally unavailable, you need to take time and study their personality or possibly ask that person some questions to understand the reason for their judgments. Sometimes, it is of best interest to let them be, maybe, they’ll come around.

One Step at a Time

Ibidunni Damilola views the world as a stage and everyday an adventure through which he explores his vast interests. He is intrigued by the cores of humanity and its complexity, which he reflects in his crafts. Follow him on IG @ibidunnidamilola and on Twitter @iamibidunni.