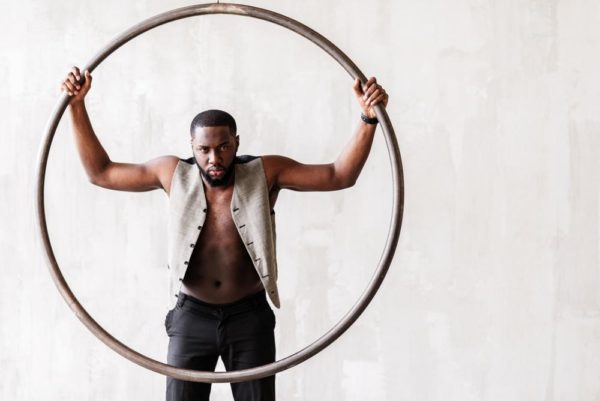 The brostitute is male and human. He has a very high level of sexual libido. Unlike his female counterpart, the brostitute is not in the game for money, but for pleasure. He derives satisfaction and fulfillment in sleeping with as many women as possible throughout his lifetime.

The brostitute views the female gender as a tool for sexual pleasure. When he looks at a woman, all he is doing is analyzing her physical features to ascertain if she fits into his criteria for sex. No matter how talented, brilliant, extraordinary, a woman is, or the position she occupies in the workplace, society etc, the brostitute only sees her as a possible sex partner.

A woman may be well dressed but when he looks at her, he is undressing her with his eyes. Because of his high sexual drive, the brostitude cannot be platonic friends with any woman. He might approach her at the initial stage from the platonic angle. but he will always bring up the sexual angle as soon as he can.

He pursues women of all races, shapes, sizes, and features, the only women exempted from his pursuit are the female members of his nuclear family.

The brostitute is a focused and determined man. He will not relent until he achieves his goal of adding the lady to his body count. He comes up with different strategies and executes them with precision. He is very patient. He will plot silently for months and even years. He won’t spare anything in the chase. He commits all his resources; financial, mental, time, emotion, and everything to get the woman that he wants.

He will not take “No” for an answer. He will fake love, fake meekness, he will turn over a new leaf, he will stalk the lady, he would even convert to her religion and worship with her at her worship place just to get her to say ‘Yes’ to his advances. When she finally succumbs and gives him what he wants, he will disappear from her life and move on to stalk the next game.

Because of his nature, the brostitute cannot hold a stable relationship. No woman can tie him down. No woman should say ‘No’ to him, he is a gift to the female folks and must sample as many of them as possible before he dies.

Religion does not change the brostitute. He might claim to be born again, but the brostitution genes will always manifest. Right inside the church, the brostitute will carry on his activities effortlessly. He might even start a church with the sole purpose of having sexual liaisons with the female members most especially the choristers and ushers.

Marriage does not tame the brostitute. In fact, it is the perfect cover for his activities. He marries for the purpose of rearing children and attaining the status of respectability that society confers on married folks. He hides under the cloak of marriage to carry on his activities unhindered. He might be married to one wife, but has tens and hundreds of side-chicks, mistresses, and concubines at different locations.

Fidelity is a strange word to his ears, faithfulness is an impossible task, he can never be faithful to his wife when there are millions of women out there waiting to be conquered.

The brostitute is incapable of reflection and self-examination, he simply cannot control his urges.

There is a drop of brostitution in every man. It is up to a man to deal with it in the best way he can. Some men are successful in controlling it, and it becomes dormant and dies off, some others struggle with it throughout their lives, while some others simply give in and go with the flow.

There is no scientific cure for brostitution. A spirit filled deliverance session in worship centers won’t do the trick, neither would an exorcism in a voodoo shrine in the dead of the night cure it. The only practical cure for brostitution is to cut off the sexual organ of the brostitute and pluck off his eyes and then the genes of brostitution will be gone with the wind.

Related Topics:Iniobong Umoh
Up Next