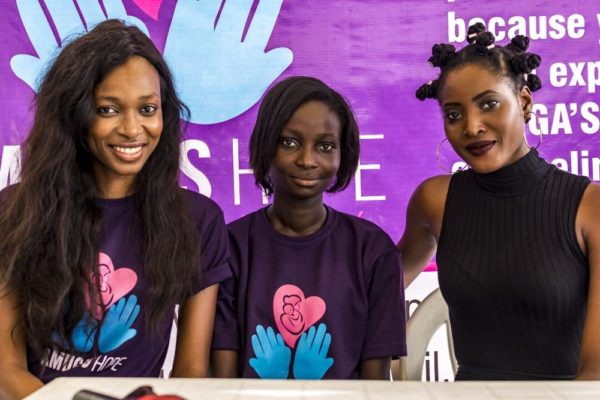 When a young teenage girl gets pregnant in Nigeria, there is an instant shroud of shame cast upon her. If she is lucky, she’d get support and love from her family and friends. Very few teenage girls get this. The predominant attitude is a stigmatisation and an outcasting from everything she has known or relied upon.

For a young girl, this can have a long lasting psychological impact. The Nigerian society does not remember the doctrine of love preached by our widely accepted religious organisations. Instead, young girls are cast out and allowed to feel unwanted. We live in a world that remains consistently unfair to women, as the men who impregnate these girls are not shamed in equal measure.

Bertha Amuga set up Amuga’s Hope to give teen moms a sense of love, and a feeling of inclusion. Raised in Port Harcourt, Bertha had a lot of friends who had to drop out of school because of teenage pregnancy, who never and a chance to pick up pieces of their lives again.

“The hardest part of being a young unmarried mother, is the misconception and stigmatization labels from society. People can be cruel and the lack of support from society puts you down and makes you feel ashamed of being a parent, Amuga’s Hope, is formed to empower the mums-to-be by enabling them to secure a good future for themselves and their kids’ future.”

Amuga’s hope was set up to counsel, educate and empower teenage mothers. Through the non-governmental organisation, Bertha also provides medical counselling to families in order to help reduce the pain caused by unplanned pregnancies. 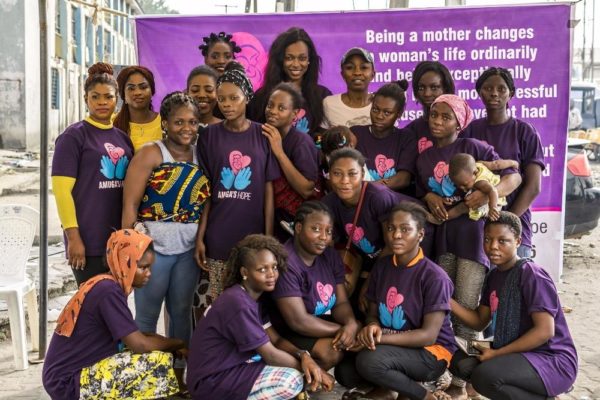 Running Amuga’s hope has not been without its challenges; Bertha says, “Teenage mothers face high levels of stress that can lead to mental health concerns and depression. Counselling and educating them is a bit challenging because most of them do not have complete education.”

But these challenges are not holding Bertha and her team back. They continue to work hard at empowering these young girls, to make sure they see a hope for tomorrow.

“One of the highlights of the Amuga’s Hope is watching the girls doing great in their various skills acquisition programs such as makeup, hair dressing, fashion designing, interior decorations etc through the help of Amuga’s Hope. We have also improved their communication skills and have assisted to restore their confidence. Another highlight was our visit to the IDP camp in Durumi Abuja to counsel and educate the girls in camp and also to present gift items to alleviate the situation in the camps.”

Bertha, who is a model signed to  20 Model Management in Cape Town was scouted in the “Kinabuti, in Our Gheto” campaign. She started the NGO early in 2017 and the organisation has helped 8 teenagers.

Speaking on the structure of how Amuga’s Hope operates, and how they determine who to help, Bertha says, “First there must be a need. We then go ahead and create the opportunity for the internship with our partnering trainer. We bring the girls in and follow with the skills acquisition until they complete their programs. We intend to help them start up their own businesses when they complete their various programs or some could be retained by our partnering. A lot of the partners have indicated interest but we will ensure the girls get the best.”

With a special emphasis on counselling, educating and equipping these girls for the future, Amuga’s Hope isn’t hoping to just give these girls fish, but also teach them how to fish. It has been a slow but steady process, but more girls have come to Amuga’s Hope through referrals from Bertha’s friends, family and associates. Social media has also been impactful in spreading the word of love and inclusion. 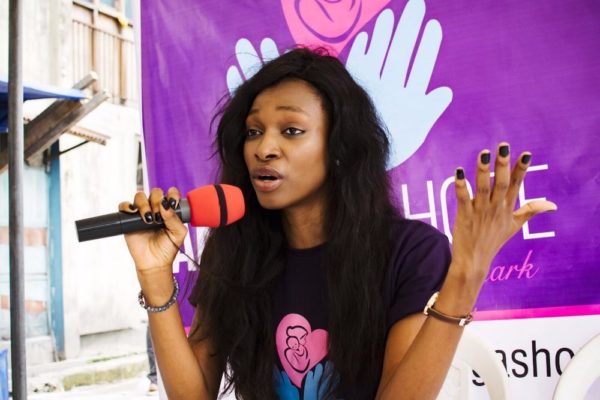 Bertha shared her thoughts on society’s negative perception and treatment towards teenage mothers.

“Ultimately, since teens aren’t “supposed” to be getting pregnant, society assumes that the ones who do, are failures. Those “deviant” teens should never be celebrated; rather, they should be held up as a warning to dissuade other youth from following in their footsteps. But those messages are harmful for the millions of young parents who are living with the reality of caring for a child. Those youth need support, not stigmatization

Most countries, developed, and underdeveloped, consider teenage pregnancy a social stigma. And, it can have devastating effects on the teen’s social life. The negativity, the social alienation, and the financial distress can wreak havoc in anyone’s life, let alone that of a teen, who isn’t yet mature or strong.

Our society relies on moral beliefs, ethics, and human etiquette.

A teenage mother has to face several social obligations like not getting a good job, not getting respect from friends and family members. The entire social life of the teen mother gets ruined due to her early and unexpected pregnancy, and she has to spend her life in emotional trauma. 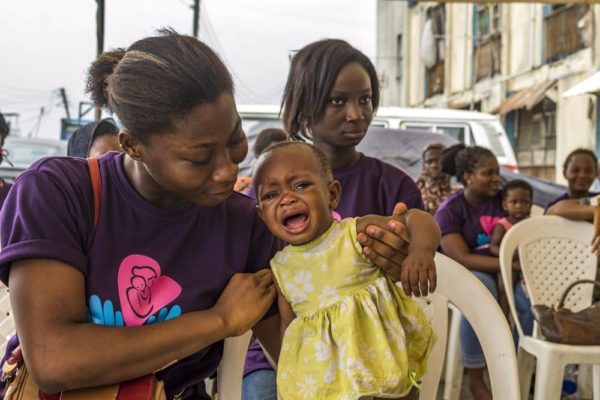 A teen mother who does not get proper financial support from her parents or friends has to face extreme difficulties to buy basic items for her newborn baby like, clothing and baby care products.
As teenage pregnancy hinders the mom from pursuing higher education and acquiring basic qualifications, she lands up in a poorly paid job.

In most cases, the biological father abandons the teen mom, and the baby becomes her sole responsibility. Hence, the mother ends up living in poverty and running the risk of imminent destitution.

Teenage pregnancy increases the risk of spending the entire life in poverty for both the teen parents and the baby, as fewer teen moms attain proper educational degrees and qualifications. Society can be cruel, and it often drives teen moms over the edge. 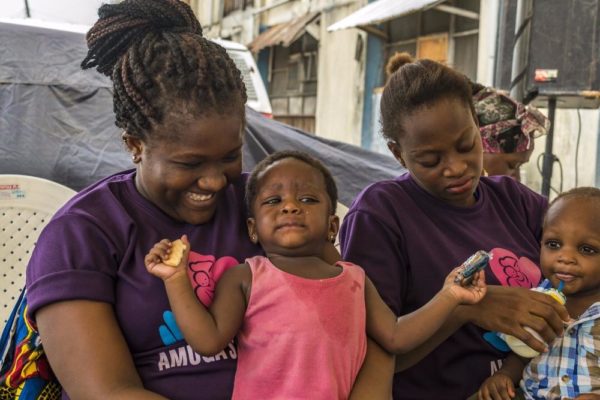 For those of you who think parenting is a task, imagine having to do it all alone, with no support and no one to talk with! Teen moms face several consequences. However, the reality is that they have to work harder than others.
Society usually considers teenage pregnancy a social dilemma, and young parents have to face huge humiliation and negative remarks from people.

Teenage pregnancy is viewed as social stigma and teen parents have to bear bad reputation as the society treats them as outcasts and strangers.
Teenage moms are more prone to committing suicides, as the humiliations and embarrassment, and the lack of social support can trigger depression. 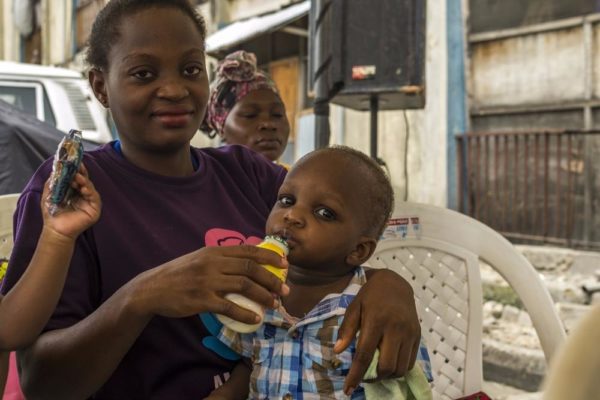 Emotional stress, financial crisis, and societal alienation are some of the main contributing factors that trigger suicide among teen mothers. A good support system is extremely crucial for the young mother, to help rid her of suicidal thoughts.

Most teens get pregnant due to unprotected sexual intercourse, rape, abuse, a lack of maturity and a lack of personal responsibility. A lack of proper sex education, the stigmatising of sex, and many other societal rules contribute directly or indirectly to teen pregnancy. 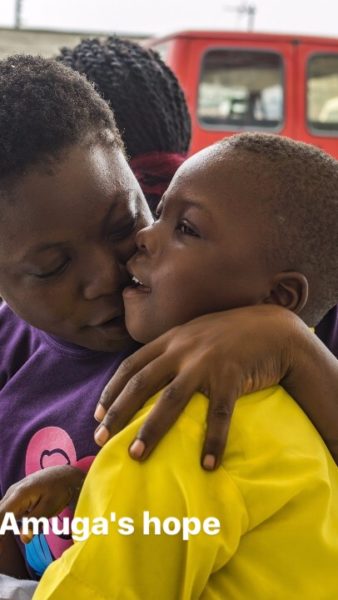 40% of teen mothers are unable to pursue higher education and cannot offer their child a strong financial ground.
For a teenage mother, it may take a relatively longer time span to attain a stable living, and the child has to suffer the negative consequences.

Most young fathers hesitate to commit to the teen mother and moms have to raise the child alone.
Taking responsibility for the child is a huge burden itself, and the teen mother has to face several negative consequence lack of education or good job and no permanent house. All these consequences of teenage pregnancy on society make life more difficult for the mother and her baby.

Teenage parents often have to face negative judgment from their family and friends and have to face discrimination from society. It makes life more miserable for the teen, as she cannot handle society.

Having a child at a young age, does not stop either of the young parents from fulfilling their dreams or attaining success in life. However, the things become more difficult because of the extra responsibility of taking care of the baby.”

And this is the space which Amuga’s Hope strives to fill. This is the quest of this organisation: “to raise women who are going to be a support system to their countries and respective communities. Women that will contribute to the growth of a strong and vibrant next generation.”

It doesn’t just end in one session of talk and activity. Amuga’s Hope follows up on the girls and their development as apprentices to “ensure they put what they have learnt to use afterwards. Hence we work with partners for their employment where possible and also work with sponsors to provide starter packs.”

We’re so inspired by the work being done by Bertha Amuga and we hope to see more positive impact initiatives like this one.

Nkem Says: The Perfect Man May Not be Perfect for Me