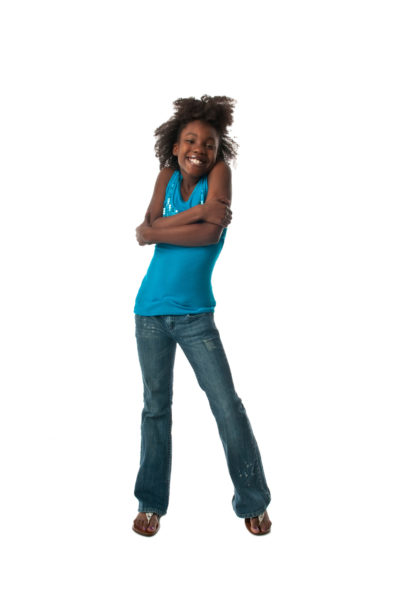 I was headed to camp ground one Saturday morning and decided to join the free buses. On getting to the pick-up point at Yaba there was an expected long queue. I went to the last spot on the line and counted about sixty people ahead of me. I was going to join the next bus (it was the popular BRT bus about 50 seats). I was going to ignore everything happening around me, but I realised three buses had come and gone, and I had not even moved fifteen steps. “What is happening there o?” I asked. No one answered me, not like I was expecting a response… I secured my spot on the queue using the famous “I’m coming, I’m behind you” line and went to have a look see at what was going on in front.

On getting there I noticed a lot of people trying to shunt the queue. One which caught my attention was a woman with three children trying to join the queue. I had spotted her earlier. She strolled in leisurely with her kids about 30 minutes after I joined the queue. So, all things being equal, she and her kids were supposed to be way behind me. She was begging to join the queue. Her begging line was “You people should allow me enter now you see I have children.” I responded to her softly – even though I wanted to shout out loud.
“Haba! Madam, you should even go to the end of the line because of the children.Are you telling them that it is right to jump queues?”

She rolled her eyes at me and continued her pleading – this time with less confidence.

I watched the kids rejoice as they jumped into one of the seats. I was angry. Not because I was still in the queue (that was part of it though) but because the kids have received a wrong orientation. What did this woman just teach these kids?

I was going to keep judging the lady and all that, but I started feeling this awkward sensation in my tummy, like some premature Déjà vu. I had been a villain in a somewhat similar scenario…

I remember one morning while studying in London, I overslept. I was running late for one of my classes, so I just ran across the road while the pedestrian traffic light was still red. There was a not-so-old man with his little girl waiting to cross the road too. I should have just waited for the “green man”, because we ended up on the same bus – mumu rush.

I noticed the little girl stealing periodic glances at me and I got concerned. She must have asked her dad (let’s assume he’s her dad) why I crossed the road that way. I clearly heard him say “She’s not a bad person, though that’s not the right thing to do. They even sang one poem about “don’t cross till you see the green man …” I sat there thinking of my life and couldn’t wait to get to my stop. I kept on wondering the seed I could have sown in that little girl’s heart if her dad wasn’t there to correct her.

Immediately, I stopped judging her and brought out my note and started to scribble this post for us… I have been guilty too! Yes! I was guilty then but I won’t consciously be guilty again. Since then I get extremely conscious around kids and teenagers.

The hearts of the young ones are very fertile soils, they are very fast learners. If you have a toddler at home, this may make more sense to you. Children build their standards based on what they hear and watch us do. They are quick to learn, and do accordingly. Do we even imagine what goes on in their mind when they are alone? What if you are that child’s role model and you don’t know.

Let’s consciously practise what we preach around them. Watch our actions and censor words around them and when we are alone (they may be peeping). What seeds have you sown into the heart of children around you? I do not want to be responsible for the next generation of ill-mannered and ill-bred adults. I am making a pledge to consciously (and even unconsciously) sow good seeds in the life of every child I meet. You should join me too.

HaroldWrites: A Review of Ojay Aito’s Book – Night of a Red Moon

Nonso is a young lady passionate about inspiring people through talking and writing.  She has a BSc in Geology  and an MSc in Petroleum Geoscience. She loves baking, traveling and reading mystery novels. She blogs at www.rocklover.org .