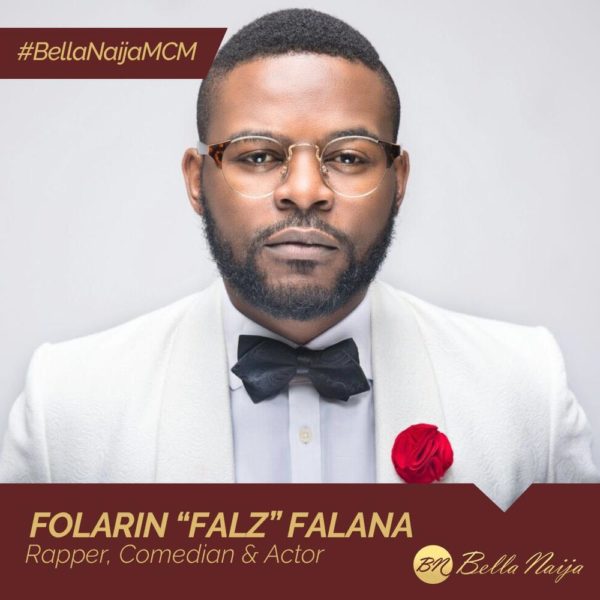 This week’s #BellaNaijaMCM and #BellaNaijaWCW series will be celebrating artists who are using their craft to tell beautiful and important stories, while being entertaining in the process.

One of such entertainers is Folarin Falana, popularly known as Falz or FalzTheBahdGuy. The rapper, who started music as a hobby from his high school days, was part of a boy band called The School Boys.

Falz released a compilation of some of his high school recordings in 2009, titled Shakara: The Mixtape.

2011 was the year Falz began gaining grounds in the Nigerian music industry. He released a single titled “Waz Up Guy” in that year, before he went on to release “High Class” and “Currency”.

The University of Reading Alumnus graduated from the Nigerian Law School in 2012 and was subsequently called to bar, just like his father and mother.

Falz continued to focus on his music, earning him a spot on TooXclusive‘s “Artist to Watch in 2014” list. True to that, Falz released his debut studio album titled Wazup Guy on May 30, 2014.

He released his second studio album titled Stories That Touch in 2015. Between 2015 and 2016, Falz ventured into another passion of his – acting, starring as Sege in the critically acclaimed comedy series Jenifa’s Diary.

Falz, who describes his music as “Wazup Music,” also has a funny alter ego – Brother Taju – who speaks with a faux Yoruba accent, a personality he channels in his songs, on stage and movie set.

The most obvious element of Falz’s music is his ability to infuse humour into the lyrics, and he does it effortlessly. Falz has an interesting ability to tell stories via his music.

Comedy has always been a good medium of telling stories and Falz has optimized that with the use of music, while proving that you can do mainstream and still create music which educates as well as entertains.

Marry Me, his major hit from his 2014 Wazup Guy earned him a nomination in the “Best Collaboration of The Year” category at the 2015 Nigeria Entertainment Awards. Falz featured Yemi Alade and Poe on that track.

His single “Ello Bae” which was released on January 2015, won him a nomination in the “Best Street Hop Artiste of The Year” category at The Headies 2015.

Stories That Touch also won Falz the “Album of the Year” award at the 2016 City People Entertainment Awards.

For his uniqueness, versatility, consistency and hard work, Falz is our #BellaNaijaMCM this week