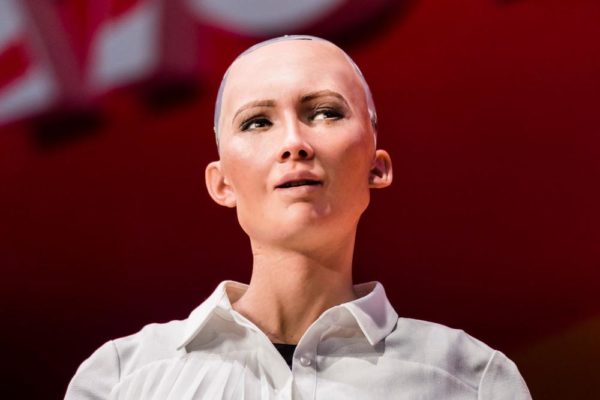 The Kingdom of Saudi Arabia has granted a non-human female robot named Sophia citizenship rights, becoming the first country to do so.

Sophia was granted the honour while on stage at the Future Investment Initiative in Riyadh, appearing, curiously, without covering her hair – a right (human) women in the country are not afforded.

“I am very honored and proud for this unique distinction,” Sophia said onstage. “This is historical to be the first robot in the world to be recognized with a citizenship.”

Sophia was created by David Hanson, founder of Hong Kong-based Hanson Robotics, and was described by the company as “the most beautiful and celebrated robot,” with “porcelain skin,” “slender nose” and an “intriguing smile.”

Sophia, while speaking at the event, took a dig at tech innovator Elon Musk, who has consistently expressed his distaste for Artificial Intelligence.

She told her interviewer Andrew Sorkin who told her “we all want to prevent a bad future,” that he’d been “reading too much Elon Musk.”

Sophia has elicited worry from several people, who say AI could be a threat to humans.

In March 2016, whoen Hanson asked her, “Do you want to destroy humans?… Please say no,” she had replied, “OK. I will destroy humans.”

Halloween is coming! Get Ready to get wet & have the best of fun at Quilox Ultra Pool Party ‘Jeepers Creepers’ Halloween Edition I Sunday, October 29th