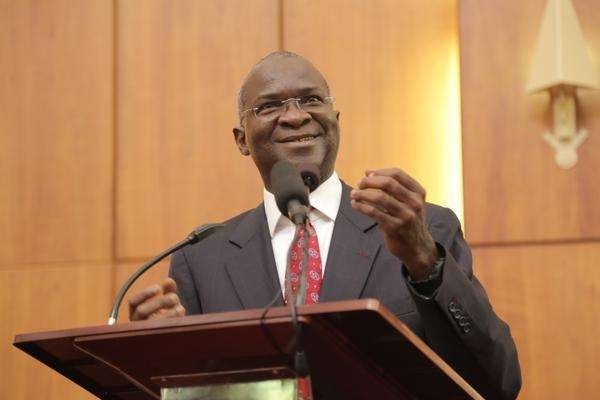 The Minister of Power, Works and Housing, Babatunde Fashola on Friday said that the Federal Government will begin the prosecution of energy thieves soon.

He said that this will begin when the ministry concludes its ongoing audit to tackle the issue of metering.

Fashola made this known at an interactive session with members of 21 civil society organisations and the media on Friday in Lagos.

He said that some influential people in the country are not paying for power, adding that plans are on to prosecute them and drag them into the energy payment net.

Fashola, however, said that government will fix the problems facing the power sector before applying sanction on energy thieves.

Fashola explained that the ministry, in dealing with problems of the privatisation of the power sector had sought the help of the World Bank whose private sector arm does not lend money to government.

The arms lends and provides guarantee to private companies only.

He said that the distribution companies and generation companies’ proposal did not fit into the World Bank project because they were home grown solutions to the problem of power.

He said that the role of private sector in the power project is to help government carry out its functions better to boost the economy.

The minister said that most developed countries did not subsidise utilities but privatised sectors for efficiency.

He explained that contrary to public perception, tariff could sometime be reviewed downward depending on the market forces.

He explained legal angles to some civil society groups who had earlier taken government to court on issues of tariff.

“You cannot sue somebody who has no power. The regulator is Nigeria Electricity Regulatory Commission (NERC) and it is an agency that should act independently.

“What is the business of the Minister of Communication with your cell phone,” he asked.

He encouraged members of the public to blow the whistle on energy thieves, noting that this would help the discos in the discharge of their function.

“NERC is working on metering regulation, the power sector has been privatised, but it is a largely regulated sector by NERC.

“And so, for you to do anything, you must follow regulations,” he said.

The Minister said that NERC was currently working on mini grids, deregulation of eligible customers and were waiting for the regulation of metering.

“Everybody assumes that Discos would supply meters, Discos do not have the capital to do so and their work is not really meter supply, their work is power supply.

“They need the meter just to measure and to bill us.

“So the regulation that are coming now would open metering to private sector people who would either come and serve as private meter service providers or meter franchise holders,” he said.

He said that the market is evolving for people and investors to choose to either be franchise holders or service providers for community metering.

Fashola said that there were several logistic problems associated with ongoing audit of houses to capture them in the right metering category.

He added that when the privatisation of the sector was earlier done there were only about 6.5 million houses on the data base which showed that some people consumed electricity without payment.

Do you want to know more about Bitcoin? Don’t miss BlockNight in Lagos | Saturday, Nov. 18th