The Adoption Series with Abimbola Adeluwoye: The Legal Background of Adoption in Nigeria 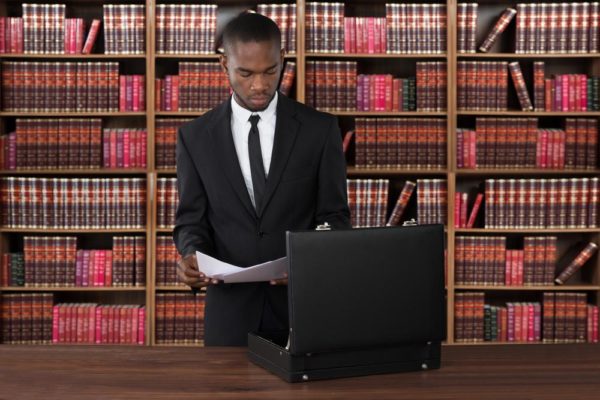 Under the Nigerian Constitution, adoption and other matters relating to the rights and welfare of the child, are under the legislative competence of each state. As we noted earlier, there is no national legislation governing adoption in Nigeria, which is also why adoption processes differs in some respects from state to state.

It is important to note this point because of the passing of the Child Rights Act, 2003 by the National Assembly; Section 274 of which essentially makes this Act the go-to law for any process involving adoption in Nigeria.

The Constitution goes on to make a long list of what the Federal government can legislate over. Then it also goes on to provide what both the Federal and state government can provide laws for concurrently, while ensuring the caveat in Section 4(5), that if any law enacted by the House of Assembly of a state, is inconsistent with any law validly made by the National Assembly, the law made by the National Assembly shall prevail and the state law shall to the extent of its inconsistency be void.

It however, does not provide any list of what the House of Assemblies can legislative over. This naturally means that any issue not clearly spelt out in the exclusive and concurrent legislative list, realistically falls within the purview of states to legislate.

It is necessary to understand that the Child Rights Act has its origin in both the Convention of the Rights of the Child (CRC) of the United Nations General Assembly; and the African Charter on the Rights and Welfare of the Child, of the Organization for African Unity (now African Union).

Nigeria, as a country, signed and ratified these instruments as a member state. To ensure uniformity in the application of both instruments in the country, the Child Rights Act was passed in 2003 by the National Assembly.

So while the Child Rights Act, 2003 has been domesticated (passed by the House of Assembly and assented to by the state governor) by about 24 states, the provision of Section 274 of this Act does not render any laws passed by the states on adoption void as the state derives its authority to so act from the Constitution, which is the highest law in the land.

The Child Right’s Act 2003 is therefore void to the extent of its inconsistency where it asserts itself contrary to the provisions of the Constitution.

Moving on, we bear in mind the definition of adoption as a legal process, whereby a person obtains judicial and administrative authorization to take the child of another person. This invariably means the transfer of such rights, status and obligations accruable to the biological parents to the adopting parents. It is the legality of this very “taking” is what is referred to as adoption. This is what makes it different from kidnapping.

The first known attempt at providing a statute on adoption was a private member’s bill presented to the then Eastern Region House of Assembly, in April 1958, titled “Welfare of Illegitimate Children”. Although this attempt was unsuccessful, it was later passed after several considerations and amendments as the Eastern Nigeria Adoption Law of 1965. The Eastern Region was later followed by Lagos, Ogun, Bendel, Cross River and Oyo State, which passed their adoption laws from 1968 – 1985.

Currently, there are no adoption laws in the northern states of Nigeria. This is because of its predominantly Islamic heritage and the teachings of the Holy Prophet in the Quran on adoption (Quran 36: 4-6).

It is however, worthy to note that while these states may not have passed any laws on adoption, Jigawa, Niger, Nassarawa, Plateau and Taraba states have promulgated the Child Rights Act into their state laws.

For the purpose of this Series, we shall be making the Adoption Laws of Lagos State our guide, since a large portion of other state laws bear a strong resemblance with this law and to also avoid repetitions.

We shall also be considering such Instruments made by the United Nations and the African Union in this regard, while drawing some comparisons from the adoption laws in the United States and the United Kingdom.

Cisi Eze: 7 Hassles of Being a Nigerian Woman