Cisi Eze: 7 Hassles of Being a Nigerian Woman 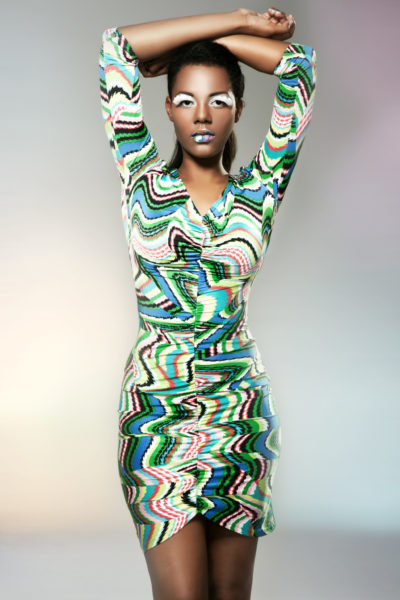 Other than poor electricity, unfortunate roads, and a lousy government that delights in playing politics at the expense governing the masses, there are other problems that come with being a woman in Nigeria.

In this article, I present seven of them to you.

Marital Pressure
The best reply to “When are you getting married?” is “When am I coming to your funeral?” We can all be petty. Marriage should be something a person genuinely wants. Being unmarried is not the issue. A person saying unfortunate things about your marital status is the issue. At twenty-one, a relative is already asking you when you are bringing a man home. No one is gingering you to make money. When are we going to start shaming women into making money, not marriage? Plot twist: Most of these married people nudging people into marriage are not even happy in their marriages.

Slut-shaming
People call you a whore for breathing. Verbal-spate with a man and he has not called you ashawo is that one a quarrel? Ha! Other women call you a slut. I love to think we are used to this. Someone calling you a slut should not hurt anymore. Claim shame to be immune to shame. Most of us are sexually repressed because of this slut-shaming thingy.

Fear of Men
What some of us are scared to admit is this: women are scared of men! The fear of sexual abuse, harassment, and violence hangs above our heads like the sword of Damocles, because we know the average man feels entitled to our bodies. Sex education went like this: “If a boy uses you, you will get pregnant. He will move on, but you alone will endure the worst. You will drop out of school…” As adults we are told, “Every guy is a potential rapist. If you can, don’t even visit. If anything happens people will ask why you were in his house.” We get married, “Try not to offend your husband by the things you say, you know how we (women) use to talk. Men are naturally aggressive…” We are scared of being beaten up when we turn down a guy. We are scared of walking on some streets. And that is why men are asked to protect us.

Regular Disrespect
Seriously, what are men protecting women from? Lizards? Water? Men are protecting women from other men. In my opinion, I think men should channel the energy for protecting women into respecting women. Another kind of disrespect is this: You buy a car with your money, but most people will assume one man somewhere bought it for you. And God help you, you bash someone in traffic. They will call you “ashawo” if you do not have a wedding band. If you are married, they would want to talk with your husband. After all, you do not have a head – your husband is your head. Society invalidates and trivialises your achievement.

Trivialisation
People are willing to ignore your “human content”, because they are focusing on your exterior. You go for an interview with the aim of talking about what you do, and next thing, the interviewer is focusing on your dress and hair. In confusion, you sit there wondering if you did not get the memo. A good example is when people call out Simi’s fashion sense. For the record, Simi did not say she is a fashion icon or she wants to be a fashion hero. Simi is a talented and amazing musician. Let us focus on that. At the just concluded Ake Festival, Ifeoma Chukwuogo, director of “Bariga Sugar” got on stage to talk about her film. I was shocfused when one woman behind my seat gave a snide comment on her dress. Haba! The woman did not even talk about how the film was evocative. Such bad-belle!

Period Cramps
We did not ask for vaginas. Why do we have to suffer this? You know the pain is real when you start considering birth control pills. (Some people still think contraceptives are strictly to prevent pregnancy. Even if it is for birth control, is it their bodies? Can’t people want to have sex without getting pregnant again?) Besides, are conscious of getting stained. Small thing, you ask your friend, “Am I stained?”

Homophobia
We all have had that bestie at a point in our lives, but homophobia (plus social conditioning and expectations) did not allow us to be great. Sexuality is not strictly about sexual experiences. It is mostly emotional: you can get sex anywhere, but you do not get emotional connection anywhere. It is seemingly easier to form emotional bonds with women than men, because men have been socialised to be stoic. Let us not forget that women are gorgeous. It makes sense that men are obsessed with us. No matter how heterosexual a woman thinks she is, there is just that one time she is attracted to another woman. Repression is not erasure.

“The theory of Reversal of Self-Denial (…) If you deny yourself something for too long enough, for whatever self-imposed reason, you know, the moment you that you are faced with any real external imposition, you’re going to voluntarily want to do the thing that you were trying so hard not to do.” – Catherine Stark, “Bloomington” (2010).

If you do not relate to at least four, you are not living in Nigeria. It could also mean you have been sheltered from the harsh realities out there.

P.S. Is mansplaining a real thing? Mansplaining is a situation whereby a man explains something that you already know, in a condescending manner. Like, he is trying to invalidate your knowledge. Som’n like that.

The Adoption Series with Abimbola Adeluwoye: The Legal Background of Adoption in Nigeria

Making Nigeria an Easy Place to do Business! Tola Onayemi talks to Dotun on “Building the Future” Podcast