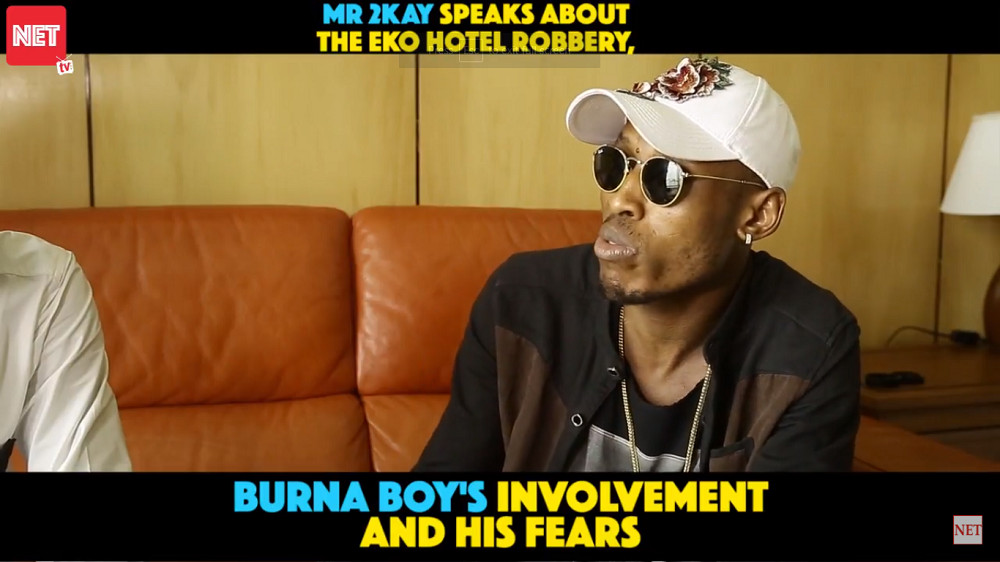 Singer, Mr. 2Kay has finally broken his silence on his robbery incident that took place on Sunday, October 22, 2017 at Eko Hotel and Suites. In an exclusive interview with TheNET, the singer shared his horrid experience in the hands of four armed men that forced their way into his room after claiming that they were room service.

Mr. 2Kay shared his history with Burna Boy and how they’ve come a long way from Port Harcourt to Lagos. He also gave an insight on the ongoing Police case and commended the Police for a job well done, while appealing to the force not to relent on the case until justice is served.

It is no longer news that the commissioner of Police, Edgal Imohimi declared Burna Boy wanted on National television after suspects named him as the mastermind of the attack. In reaction, Mr. 2Kay went on to reveal that Burna Boy has actually called him, denying his involvement and apologizing at the same time.