What to do about Nigeria Police Force's SARS?

A wise man once said: Everything in Nigeria is out to kill you.

Maybe not everything, true. But there are just too many instances of things that should be working easily, that should be protecting you, posing a threat to your life instead.

There are so many stories that it’s almost too difficult to know where exactly to begin. Really though, there’s only one place: SARS – the Special Anti-Robbery Squad.

Almost everyone either has a personal encounter, or is friends with someone who does.

The situations are similar enough:

Other times there’s even no point pretending and one is simply abducted all of a sudden and you’re asked to pay to get bailed. For what?

Twitter users have been sharing stories of personal experiences, most in line with these and some others scarily worse. 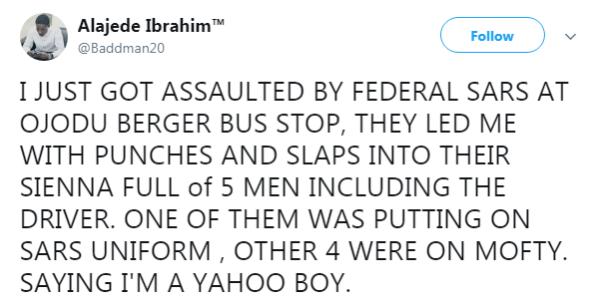 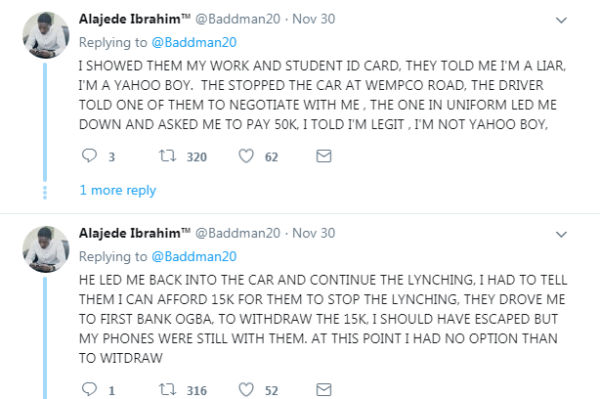 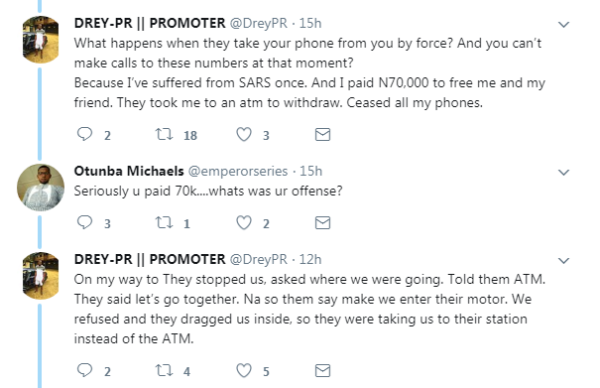 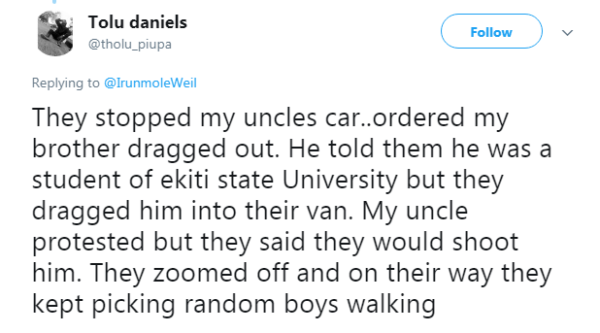 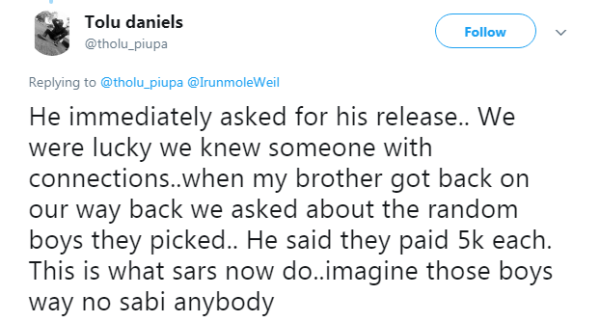 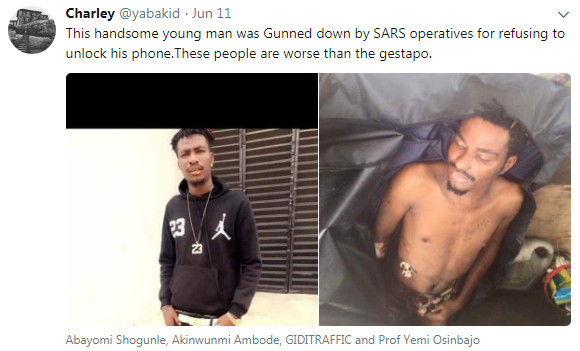 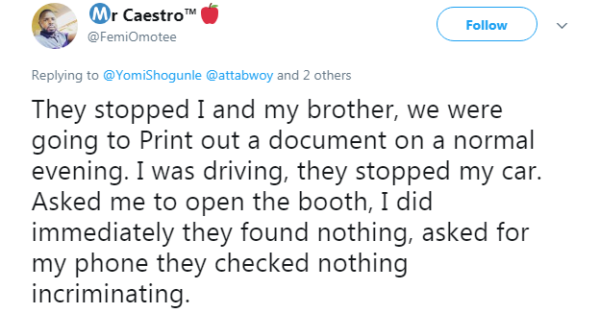 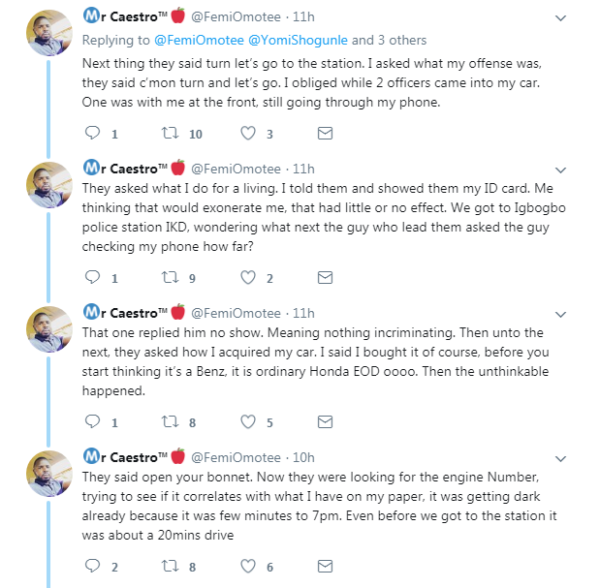 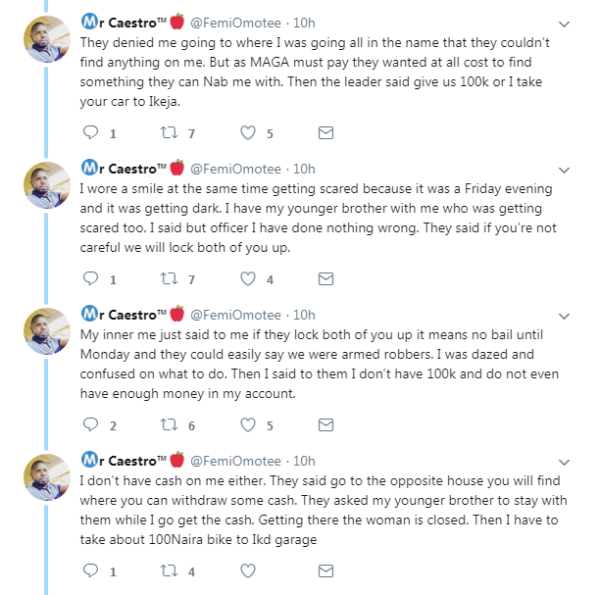 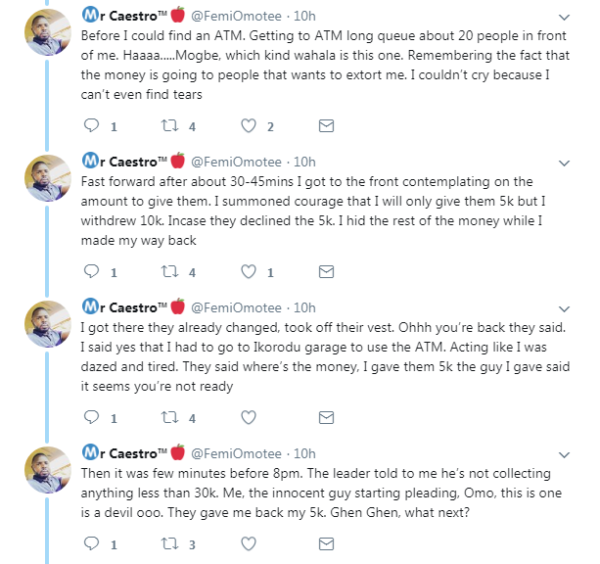 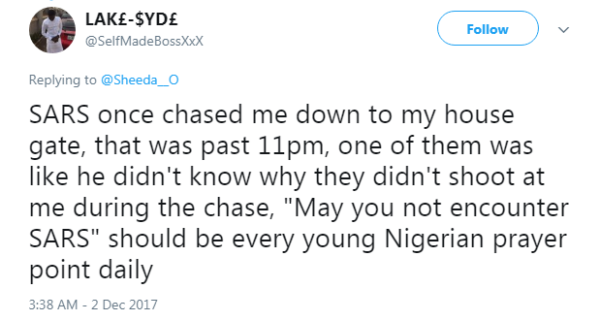 As the complaints continued to rise, reports filtered in Saturday morning that a SARS operative allegedly shot a young man in the head.

The head of the Nigerian Police Force Public Complaint Rapid Response Unit (PCRRU) Yomi Shogunle shared a tweet on the issue which many have found insensitive. 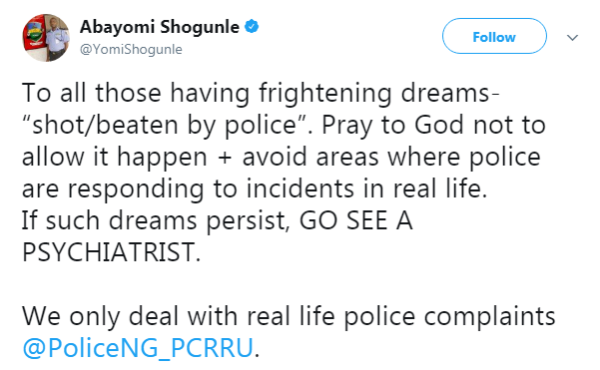 Eventually, after more complaints, he shared another post detailing ways through which complaints can be made about the SARS unit.

There are phone numbers for calls, SMS and WhatsApp mesaaging, a BBM Pin, and social media pages (Twitter and Facebook)

Do you have any complaints about your contact with SARS?
Special Anti-Robbery Squad (SARS)#BailisFree #NoToImpunity
Please share this message. pic.twitter.com/bQsllN9XaZ

How though do you lodge a complaint about people who are impossible to identify? People who dress in mufti and have no name tags, whose cars have no plate numbers.

Nigerians are instead now sharing a link to a petition written to the legislative arm of government asking to have SARS scrapped and the police reformed.

Calling for 2000 signatures, 1639 people have so far signed the petition.

It’d be interesting to see what will eventually happen – if this issue, like many others, will be swept under the rug, or if actions will be taken to protect the masses from the people who have been charged to protect them.

Becoming InstaFamous: Kickstarting Your Career as an Influencer | BellaNaija Style