Nigerian rapper Olamide has a penchant for making songs, dance moves and street slangs go viral. The trending dance move at the moment is Shaku Shaku and it has somewhat boosted the popularity of what Nigerians call “street jamz”.

After his hit single “WO,” Olamide dropped another song – Science Student – that can be termed as perfect for the shaku shaku dance. The song discusses the rising rate (or should we say growing popularity?) of drug abuse in the society.

Nigeria’s drug abuse situation is growing and the youth (mainly) now take a variety of hard drugs in large quantities, sometimes mixing most of them (where the “science students” title came from) together. We recently talked about an impending drug abuse crisis. Read it here.

Olamide, regarded as “King of the Streets” for his songs that depicts what’s going one in the ghetto, has had his fair share of criticism concerning his lyrics over the years.

Olamide rapped his verses and sang the chorus for Science Student in mostly Yoruba and majority of Nigerians couldn’t get the meaning, but the beat is great, the skits on Instagram are fun to watch, and the shaku shaku dance must be learned, with this song.

However, the song is sparking major discussions online and offline. On the one side, people are saying it is promoting drug abuse and on the other side, is the group saying tt is passing the message on the effects of drug abuse. Another set of people feel he’s playing his role as a creative in starting a conversation.

Without mentioning names or songs, actress Kemi Lala Akindoju spoke on “the encouragement and promotion to use hard drugs and get ‘high’ under the influence in the name of song and dance,” saying “it is disturbing”.

#BNHotTopic #Olamide's new song #ScienceStudent has got everyone talking. Though she did not mention names, actress #LalaAkindoju expresses her thoughts on drug use being celebrated in popular music.

Music executive also shared his thoughts on the issue:

But first of all, see this translation of the song: 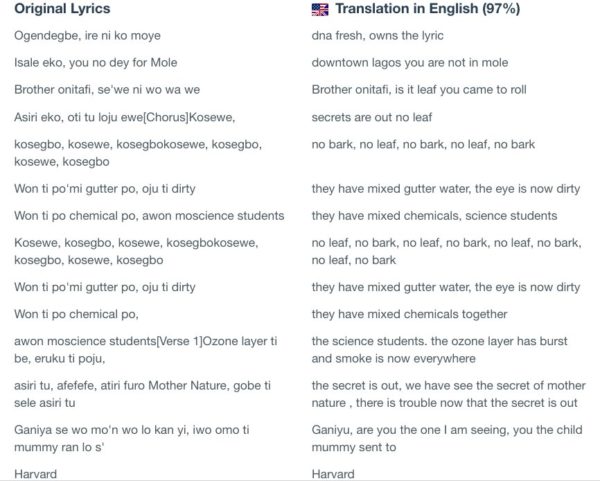 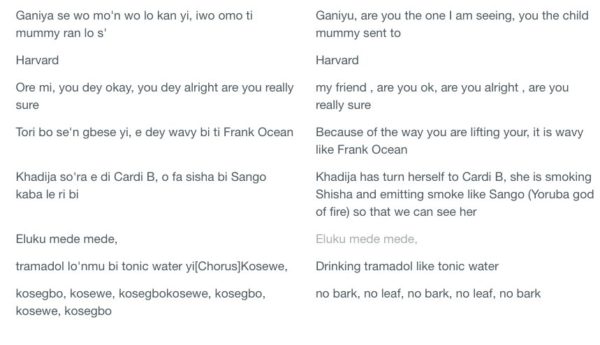 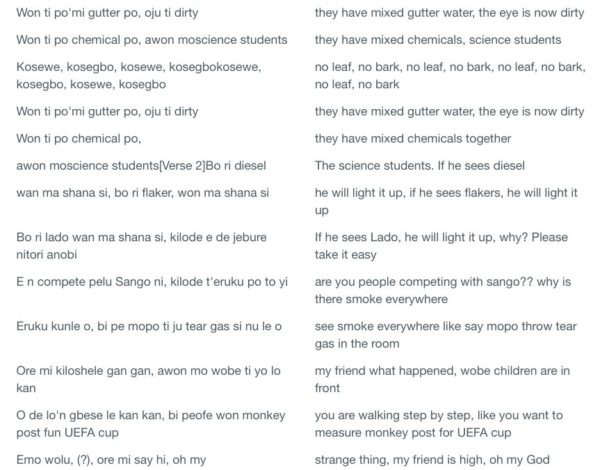 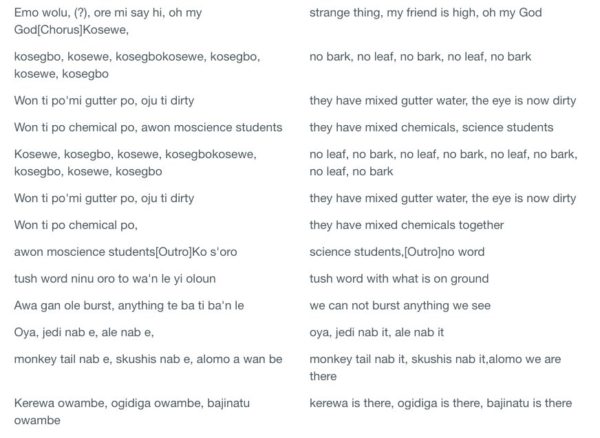 A comedian @Oluwadolarz also made a skit, singing (some parts of) the song. Watch below:

#Trending – The "Revised English Version" of #Olamide's #ScienceStudent The song by the popular musician has sparked major discussions and interpretations since its release a few days ago. Video @oluwadolarz @vanjosh_ @bwetv #BellaNaija bellanaija.com

Police confirms release of US & Canadian Citizens Abducted in Kaduna