"If the Met Gala was Islam or Jewish-themed, all hell would break loose" - Piers Morgan 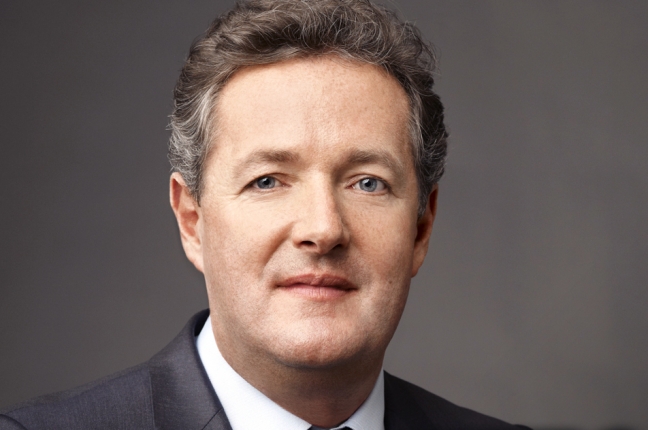 British journalist Piers Morgan in his latest column for DailyMail wrote about the 2018 Met Gala that took place on Monday, May 7th night, and he has some tough words for the organisers, the Vatican, and the celebrities who were dressed in various catholic regalia.

The event had the theme “Heavenly Bodies: Fashion and the Catholic Imagination” and celebrities in attendance, dressed according to the theme. Check out the red carpet photos HERE.

Morgan is arguing that “if the Met Gala was Islam or Jewish-themed, all hell would break loose,” saying “why was it OK for a bunch of flesh-flashing celebrities to disrespect MY religion?”

In the column, Morgan, who started by saying future Met Gala editions will have Jewish and Islamic themes, added that “just by suggesting it, I’m sure I will be subjecting myself to immediate anger from many Muslims and Jews.”

“Yet apparently it’s absolutely fine to have a ‘Catholic’ theme, as we saw at last night’s Met Gala. Christianity, it would seem, is fair game for a mocking fashion parade,” Morgan continued.

Morgan said that although he’s not “the most devout (Catholic) you’ll ever meet,” he was brought up a Catholic still considers himself one.

“I know many people don’t believe in any God or religion, let alone Catholicism, and I respect that. All I ask in return is for my beliefs not to be rudely disrespected. Just as I always respect other religions even if I don’t believe in what they represent.

To me, this year’s Met Gala crossed a line and was openly, brazenly disrespectful.

By doing so, it confirmed itself as an organisation of rank double standards, because everyone knows they’d have never dared do it to Islam or Judaism.

Apparently – staggeringly – the Vatican gave permission for the Gala to be ‘Catholic-themed’ because it has already provided a variety of clothes and other items for an accompanying exhibition at the Met.

To which my response is: what the hell was the Vatican thinking?” Morgan said.

In conclusion, Morgan said the organisers of the MET Gala “would never even consider an Islamic or Jewish theme for its big night” because “they’d be closed down within hours of it finishing” if they did.

“They chose Catholicism, and Christianity, because they calculated that we wouldn’t mind as much. Well, I do mind. And I think a lot of other Catholics and Christians will mind, too,” he added.

To the celebrities who attended the event, Morgan said they “need to ask themselves one question: ‘Would I have gone dressed as a Muslim or a Jew if I were not Muslim or Jewish?'”

“If the obvious answer is ‘No, of course not’ then they should all be ashamed of themselves,” Morgan concluded.

BellaNaijarians, we’ll like to hear your thoughts on this issue.

Losing her Arm to a Crocodile didn’t Stop this Bride from Having her Wedding 5 Days Later!