Losing her Arm to a Crocodile didn't Stop this Bride from Having her Wedding 5 Days Later! 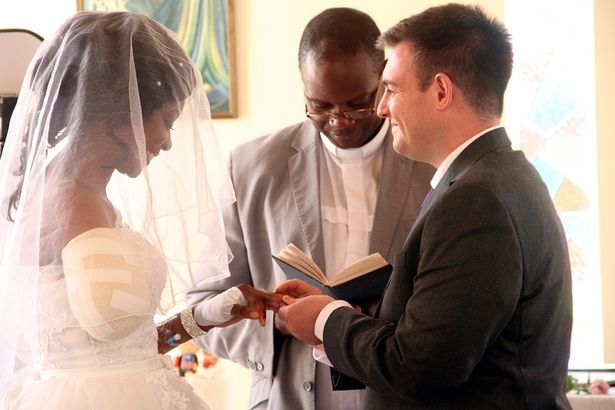 It’s so inspiring when people, despite a major/painful challenge, keep hope alive and remain happy.

That is the story of Zanele Ndlovu, a former Zimbabwean national tennis player, who after losing her arm to a crocodile days to her wedding, still maintained a positive attitude.

Ndlovu and her then fiance Jamie Fox were canoeing along the Zambezi river above the Victoria Falls, Zimbabwe, when a crocodile attacked them.

A family friend told DailyMail about how the incident occurred, said:

They were in an inflatable boats, and the crocodile attacked their vessel and in the process deflated it, before attacking her.

During the attack the crocodile gripped her arm and ripped it off while her partner made frantic efforts to save her. They are lucky to be alive.

She was later rushed a nearby hospital – Mater Dei Hospital – in Bulawayo, Zimbabwe where she was treated.

They stuck to their wedding plan and got married at the hospital chapel five days after the incident.

Speaking to UK Mirror about his wife, Fox, from Kent, who works for the National Citizen Service, said:

She’s been so brave and to be able to get married just five days after this happened is unbelievable.

Despite her pain and what she had gone through, she was smiling and laughing.

Even in the ambulance she was chatting to the doctors.

Watch a clip of their wedding below:

“If the Met Gala was Islam or Jewish-themed, all hell would break loose” – Piers Morgan